FREMONT COUNTY, Idaho (Court TV) — Prosecutors in the Doomsday Couple case have filed court documents stating they have “sufficient evidence” to prove Lori Vallow Daybell intended for her two children and Tammy Daybell to die. They say she also participated in the kids’ killings. 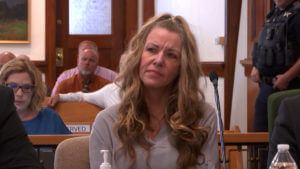 The documents, filed late last week by Madison County Prosecuting Attorney Rob Wood and Fremont County Prosecuting Attorney Lindsey Blake, came just days after Lori’s defense team announced their client has an alibi. Lori maintains she was in her own apartment in Rexburg, Idaho in September 2019 when 17-year-old Tylee Ryan and 7-year-old JJ Vallow died across the street at their uncle’s apartment — the apartment of Lori’s brother, Alex Cox, who lived in the same complex.

Unrelated to the investigation, Alex Cox mysteriously died three months later; but his death was determined to have been of natural causes. 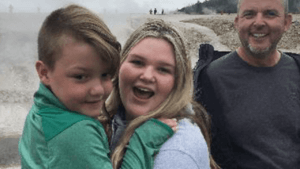 This photo provided by the FBI shows Tylee Ryan and JJ Vallow. (FBI)

Tylee and JJ’s bodies were discovered on Chad’s property in June 2020.

Lori’s defense attorneys also stated in their filings that Lori was in Hawaii at the time of Tammy Daybell’s death. Tammy was the first wife of Lori’s co-defendant and current husband, Chad Daybell.

In addition, Lori’s defense team filed a separate motion arguing that prosecutors have not been specific enough about why Lori is eligible for the death penalty.

In their response, the prosecution argued that “sufficient evidence” exists and will show Lori meant for her kids and Tammy to die. 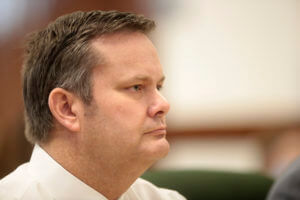 “The facts of this case are egregious and heinous. The evidence the state will introduce at trial, some of which have already been reviewed by the Grand Jury, will show that the defendant intended for her children, and her boyfriend’s wife to die, and that she affirmatively acted to make those deaths happen.”

Earlier this month, Lori requested permission to talk to Chad in person and over the phone to review their options. The state responded by announcing they have “serious reservations” about permitting that arrangement, because the Daybells can already talk through their attorneys and don’t have inherent rights to direct communication.

The Daybells, who are scheduled to go on trial April 3, have a hearing this Thursday, January 19 at the Fremont County Courthouse. They face the possibility of the death penalty if convicted.