Lawyers representing the parents of a Michigan teenager charged in a high school shooting that left four of his fellow students dead said Monday that they plan to call him to testify at the couple’s trial.

“We need him as a witness in this trial,” said Smith, who represents Jennifer Crumbley. “There are just certain questions we would just not be able to ask. We do understand that.” 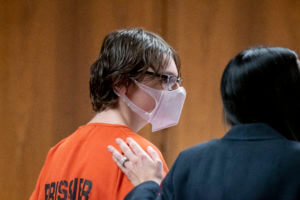 Ethan Crumbley attends a hearing at Oakland County circuit court in Pontiac, Mich., on Feb. 22, 2022. A judge on Thursday, June 23, 2022 postponed a murder trial until January in the case of the teenager accused of killing four fellow students and injuring others at a Michigan high school. Lawyers for Crumbley said a September trial date wouldn’t leave enough time to go through evidence and prepare. (David Guralnick/Detroit News via AP, Pool)

Smith did not say what types of questions would be asked of Ethan Crumbley. She later declined to comment when asked by The Associated Press for more details.

A message seeking comment also was left with a lawyer for the 16-year-old.

The disclosure came during a court hearing in Pontiac, where Matthews ruled against the defense’s motion for a change of venue for James and Jennifer Crumbley’s involuntary manslaughter trial, which is tentatively scheduled to begin in late October.

Matthews sided with the couple’s arguments that some evidence, such as the condition of their home, would not be admitted at trial. Matthews said she would allow the Oakland County prosecutor’s office to present statements written in their son’s journal, his text messages to a friend and his internet searches.

Seven others, including a teacher, also were wounded during the shooting about 30 miles (50 kilometers) north of Detroit.

Ethan Crumbley faces murder and other charges. His trial is expected to start in January. His parents are accused of failing to keep the gun used in the shooting secure at home and failing to reasonably care for their son when he showed signs of mental distress. They have pleaded not guilty.

Matthews said Monday that she was wondering whether their son would be called to testify.

Prosecutor Karen McDonald asked in court if “they want to call their son to somehow diminish — highlight — his role instead of his parents.”

But Smith said calling him to testify “is not about the defendants wanting to throw their son under the bus or make him look bad.” Smith added: “This is about our clients defending the case.”

David Moran, clinical professor of law at the University of Michigan Law School, said what Smith is proposing is unusual.

“I’ve never heard of it,” he said. “If I’m representing a defendant in a murder case, I’m certainly not going to agree to a co-defendant testifying in any related case. I would strongly counsel the client against it, (but) it is the client’s right.”

Moran said defense attorneys may want Ethan Crumbley to testify about his relationship with is parents, and they could try to limit the testimony, but the other side can ask broader questions that are relevant to the case at hand.

“I don’t believe the prosecution would be precluded from asking him about what happened (the day of the shooting),” he said. 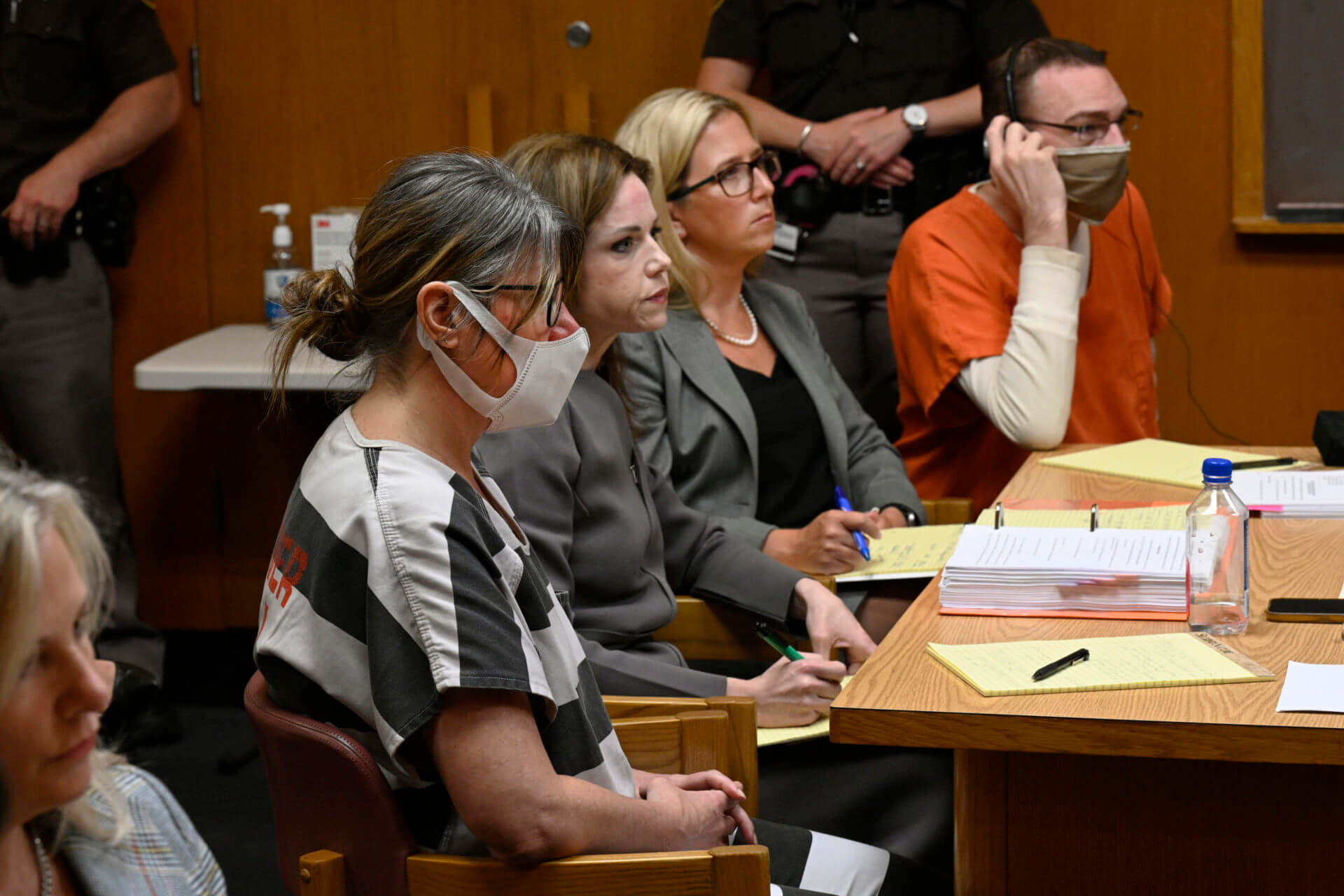 From left, Jennifer Crumbley, attorney Shannon Smith, attorney Mariell Lehman, and James Crumbley sit during a hearing in the courtroom of Judge Cheryl Matthews, Monday, June 27, 2022 at Oakland County Circuit Court in Pontiac Mich. Lawyers representing the parents of a Michigan teenager charged in a shooting at Oxford High School that left four of his fellow students dead say they plan to call him to testify at the couple’s trial. (Jose Juarez/Detroit News via AP)
MORE NEWS