PONTIAC, Mich. (WXYZ) — “He planned on meeting up after he got off work,” Robert Lee said about the Oakland County Sheriff’s Office deputy who is accused of trying to have sex with a 15-year-old girl.

Lee has been on messaging apps for several months, trying to scout out would-be or suspected child predators. 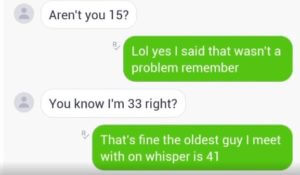 And over the weekend, he said he began chatting with a man who said he worked in the jail in Pontiac.

During their online conversations, the person believed to be the deputy shared a candid photo of himself. Lee sent the man a photo of a young woman and he claim to be 15. With her permission, Lee said he was used a photo of a friend who is an adult but could pass for a teenager.

“I tell him I’m 15 and if you continue to talk after that, I mean, you’re a child predator,” Lee said.

Once he had the man’s photo, Lee shared it on social media. His followers shared the photo and the man in the photo was identified as an Oakland County sheriff’s deputy. 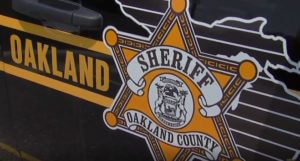 “This was a five-month probationary employee that clearly didn’t live up to the ethics, standards and judgment that we expect, and he’s no longer employed here,” Sheriff Michael Bouchard told reporters Tuesday afternoon.

Bouchard acknowledged well-meaning intent on behalf of online vigilantes but he cautioned them, saying that private citizens don’t always get the the proper evidence necessary for criminal prosecution.

“If there’s any possible criminal activity, we would encourage people to contact us whether it involves an employee of ours or the general public and allow us opportunity to investigate it and ascertain if criminality is indeed afoot,” Bouchard said. 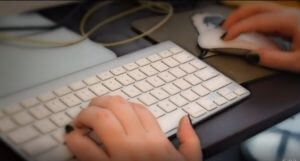 The deputy was brought in for questioning Sunday night, and while the sheriff could not reveal whether the deputy made admissions, whatever the deputy said was enough to get him fired.

Investigators are expected to turn their findings over to the prosecutor by Wednesday for a review and decision on possible charges.

This story was originally published Sept. 6, 2022 by WXYZ in Detroit, an E.W. Scripps Company.