OLNEY, Md. (WMAR) — A surgical assistant in Montgomery County, Maryland has been arrested for allegedly sexually assaulting a patient following a surgical procedure at the Olney Center for Oral and Maxillofacial Surgery in April. 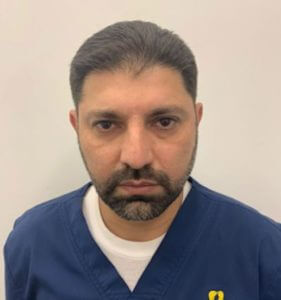 Montgomery County Police say the victim immediately reported the assault and evidence was collected that detectives were eventually able to connect to 47-year-old Mir Asadullah Naqvi.

Detectives believe there may be additional victims of Naqvi that have not contacted police. Detectives are urging victims to contact the Special Victims Investigations Division at 240-773-5400.

This story was originally published May 19, 2022 by WMAR in Baltimore, an E.W. Scripps Company.