(WXYZ) — A Michigan man who is charged with ethnic intimidation for an alleged antisemitic assault at synagogue in Bloomfield Hills shocked the court during a Zoom hearing in another case this week. 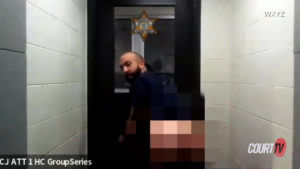 35-year-old Hassan Yehia Chokr, of Dearborn, was charged in Oakland County on Monday with two counts of ethnic intimidation involving an incident at Temple Beth El.

After seeing that, prosecutors in Wayne County filed an emergency motion to revoke his bond on an existing arrest charge in their jurisdiction.

Zoom video shows Chokr lashing out during the Tuesday hearing, but his microphone was muted. He was yelling and pointing as the prosecutor speaks.

Then, video shows Chokr pulling his pants down and mooning the judge in the case. 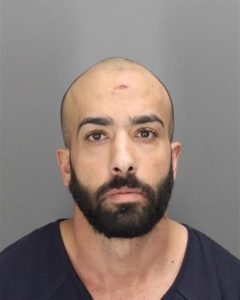 “And now he has removed his pants to show the court his backside, so I am putting him in the waiting room,” Judge Regina Thomas said in the hearing.

Thomas revoked his bond in Wayne County, just in case he was able to post a $1 million bond in Oakland County.

This story was originally published Dec. 4, by WXYY in Detroit, an E.W. Scripps Company.