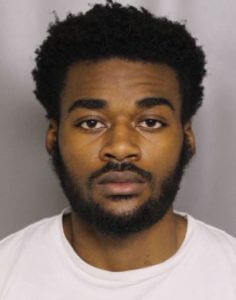 On October 25, 2021, Baltimore County Police answered a call to the parking lot of a Towson, Maryland Trader Joe’s.

In the wooded area near the shops, the police found Ransom suffering from a gunshot wound, he had been shot in the back and arm and succumbed to his injuries in the hospital.

According to BCPD, an investigation disclosed that Ransom had arranged to meet Sharp at around 10 p.m. that day, Ransom brought two friends with him to the proceeding.

After the meeting, Sharp then robbed Ransom and his two friends, Ransom attempted to flee but Sharp shot him in the back.

Police were able to determine this through video surveillance and by examining the victims phone.

Officers searched Sharp’s apartment and found property that belonged to Ransom and his two friends, Sharp also posted on Instagram that he was selling items which were identifiable as items take from Ransom at the time of the murder.

Sharp, 22, is scheduled to be sentenced on December 23.