ROSEVILLE, Mich. (WXYZ) — Investigators say 19-year-old Stephen Freeman was the young man who walked away from a blue pickup truck after a crash in Roseville, Michigan. The truck belonged to 62-year-old Gabriele Seitz and her body was found in the bed of the truck.

The teen, who has been described as transient and homeless, was arraigned Tuesday on a charge of Concealing a Death and Receiving and Concealing a Body. Both charges carry penalties of up to five years in prison if convicted. 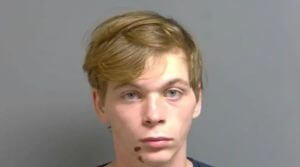 Additional charges involving murder may come soon against Freeman or others.

And while the Medical Examiner has not yet issued a cause of death, for purposes of investigation, detectives are presuming Seitz was murdered.

In court Tuesday, it was revealed that a shoelace was found around Seitz’s neck.

“I want answers because it’s killing me inside,” said Seitz’s son, Justin Omans.

Despite a lot of false rumors circling around on social media, Omans said his mother did not know Freeman, but she had been growing concerned for her safety around her home on Utica Road in Roseville. 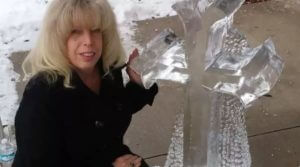 “She was just telling everyone ‘I want to get out of here’,” Omans said.

Freeman’s family lives in Lexington in Sanilac County. He also has relatives in Waterford where he was arrested.

Waterford police found Freeman sleeping in the back of a car, according to Macomb County Prosecutor Peter Lucido, who said police and his prosecuting team will get the answers the community needs and charge any and all involved.

A GoFundMe account has been set up to help pay for Seitz’s funeral.

This story was originally published Nov. 1, 2022 by WXYZ in Detroit, an E.W. Scripps Company.