COLORADO SPRINGS, Colorado (KOAA) — Family and friends are remembering a 17-year-old high school student who was found dead inside a Walgreens in Colorado Springs over the weekend.

Riley Whitelaw’s body was discovered Saturday night after her store manager became concerned when she had not returned from a break. 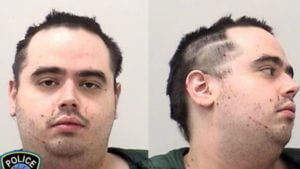 Whitelaw’s coworker, 28-year-old Joshua Johnson, is facing a charge of first-degree murder for the killing. He was found by Colorado State Patrol troopers walking along a Colorado Springs interstate on Saturday. At the time, troopers said Johnson had visible scratches around his head.

Johnson is currently being held without bond at the El Paso County jail on a charge of first-degree murder.

According to the arrest affidavit for Johnson, the store manager called 911 just before 7 p.m. after finding a body in the break room and “blood everywhere.” Police at the scene described finding the young woman with significant trauma to her neck. 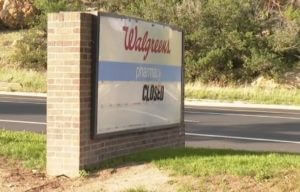 An interview with the store manager revealed he became concerned when Whitelaw did not return from a break. He checked surveillance video and saw Johnson, also an employee, stacking storage bins to block a security camera, according to court documents. There was also paper taped over the breakroom window, plus a closed sign for the restrooms.

Another manager told police she had smelled a strong odor of bleach near the dumpster area and encountered a man who said he was changing at the time. That person was gone by the time the manager came outside.

It was after reviewing the video that the store manager found Whitelaw’s body. According to the affidavit, the store owner told officers Whitelaw had filed a complaint a year ago about Johnson following unwanted advances. She also had asked to work a different schedule. Additionally, Whitelaw’s boyfriend had recently started working at the store. 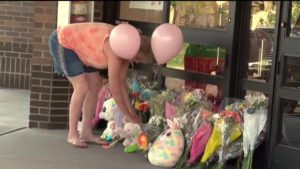 Police say Johnson admitted to being the person encountered in the dumpster area as he was trying to change his clothes because “he fell in the blood.” Johnson told police he later went home.

There is no mention in the arrest affidavit if officers were able to recover the clothes they believe Johnson was wearing at the time. He denied stacking totes in front of the camera when asked by officers.

A customer returned to the scene when officers were at the store. She told police she heard a woman screaming and possible slamming of doors when at the store before 6 p.m.

This story was originally published June 15, 2022 by KOAA in Colorado Springs, an E.W. Scripps Company.