PARK COUNTY, Colo. (SCRIPPS) — The 2017 death of 17-year-old Maggie Long in Bailey has been classified as a hate crime by the FBI, the Park County Sheriff’s Office confirmed May 18.

The teenager came home from Platte Canyon High School to change clothes on Dec. 1, 2017, and apparently walked in on a burglary as it was happening, the sheriff’s office said. She was allegedly burned alive inside her family’s home, according to an announcement in January 2019 by the Park County Sheriff’s Office, Colorado Bureau of Investigation, FBI, and Bureau of Alcohol, Tobacco, Firearms and Explosives.

They confirmed a year prior that several guns, a gun safe and jade figurines were stolen from Long’s home that day before the house was set on fire.

Authorities said they believe three suspects are responsible for Long’s murder. They have not been identified or located. Authorities said they may have been injured in the fire, and could have changed their appearances, sold the vehicles involved, and moved away from the area.

The FBI confirmed it was investigating Long’s murder as “a potential hate crime matter” and said it was looking for any information people might have about descriptions of vehicles or individuals near the Long home on the day of her murder.

“The FBI is committed to combating hate crimes and condemns violence directed toward any individual or group. We are grateful for the community’s support of Maggie’s family and their patience with the ongoing investigation,” said Denver FBI Special Agent in Charge Michael Schneider. “The FBI continues to work with the Park County Sheriff’s Office and the Colorado Bureau of Investigation, and we ask anyone who has information about this murder to contact the FBI immediately.”

The FBI said the Long family recently added additional money to what is now a $75,000 reward for information leading to the arrest and conviction of the person or people responsible for her murder. Anyone with information can call the FBI tip line at 1-800-CALL-FBI, report a tip online, or contact the CBI at 303-239-4243.

In a statement, Long’s family said: “Our family appreciates the outreach, kind words, and continued fight to find justice for Maggie. The reclassification of this case has brought light to a new angle that may bring answers. We are driven to find those responsible for such a heinous crime done to our innocent sister and daughter.”

Nearly two years after Long’s murder, her family decided to sell the home in Park County.

In October 2019, Realtor Benjamin Cheang told KMGH that what happened to the teen was so traumatic that her parents couldn’t bring themselves to step foot in the house again. 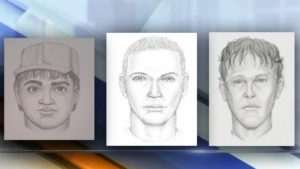 “They worked hard. They worked in the restaurant all their lives and they built everything from scratch,” Cheang said at the time. “They are a beautiful family. It is such a tragedy that happened.”

Broderick Hartmann, a friend of Long’s, said Tuesday that he still feels like the community is “getting half the story, at most.”

“Even if they don’t catch the culprit, which I sincerely hope they do, just knowing more about what’s going on, I feel like, is so necessary,” Hartmann said. “It’s been extremely difficult. I know that knowing who did it, catching who did it, isn’t going to bring her back. But just knowing something, I feel like, could bring some peace of mind to the community, to our friend group, and most importantly to her family.”

He said the news that investigators were treating the case as a hate crime just raises more questions.

“It’s been four years at this point, and it’s just become such an ingrained part of our friend group [that] when we’re hanging out, it will always come up. It feels like a part of our group and I guess the Bailey community’s DNA at this point,” Hartmann said.

He said it was “hard to have a lot of hope after four years,” after all this time for his friend.

“I’m sure everyone has told you she was the best of us,” Hartmann said. “Nobody deserves this. But of all the people that it could happen to, she didn’t deserve what happened to her.”

This story was originally published May 18, 2021, by KMGH in Denver.