NEW YORK (AP) — A top executive at former President Donald Trump’s family business pleaded guilty Thursday to evading taxes in a deal that could potentially make him a star witness against the company at a trial this fall.

Trump Organization CFO Allen Weisselberg pleaded guilty to all 15 of the charges he faced in the case. 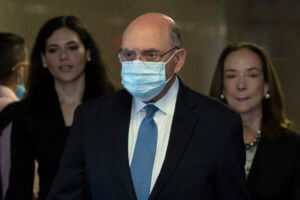 In a low, somewhat hoarse voice, he admitted taking in over $1.7 million worth of untaxed perks — including school tuition for his grandchildren, free rent for a Manhattan apartment and lease payments for a luxury car — and explicitly keeping some of the plums off the books.

Judge Juan Manuel Merchan agreed to sentence Weisselberg to five months in New York City’s Rikers Island jail complex, although he will be eligible for release much earlier if he behaves well behind bars. The judge said Weisselberg will have to pay nearly $2 million in taxes, penalties and interest and complete five years of probation.

The plea bargain also requires Weisselberg to testify truthfully as a prosecution witness when the Trump Organization goes on trial in October on related charges. The company is accused of helping Weisselberg and other executives avoid income taxes by failing to report their full compensation accurately to the government. Trump himself is not charged in the case.

Weisselberg said nothing as he left court, offering no reply when a journalist asked whether he had any message for Trump.

Weisselberg’s lawyer Nicholas Gravante Jr. said his client pleaded guilty “to put an end to this case and the years-long legal and personal nightmares it has caused for him and his family.”

“We are glad to have this behind him,” the lawyer added. 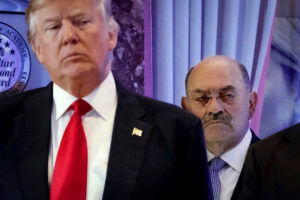 FILE – Allen Weisselberg, right, stands behind then President-elect Donald Trump during a news conference in the lobby of Trump Tower in New York, Jan. 11, 2017. Weisselberg, Trump’s chief financial officer, is expected to plead guilty on Thursday, Aug. 18, 2022 to tax violations in a deal that would require him to testify about business practices at the former president’s company. (AP Photo/Evan Vucci, File)

Manhattan District Attorney Alvin Bragg said in a statement that Weisselberg’s plea “directly implicates the Trump Organization in a wide range of criminal activity and requires Weisselberg to provide invaluable testimony in the upcoming trial against the corporation.”

“We look forward to proving our case in court against the Trump Organization,” he added.

Testimony by Weisselberg could potentially weaken the Trump Organization’s defense. If convicted, the company could face fines or potentially be placed on probation and be forced to change certain business practices.

Messages were sent to a lawyer and spokesperson for the company seeking comment on Weisselberg’s plea.

Weisselberg, 75, is the only person to face criminal charges so far in the Manhattan district attorney’s long-running investigation of the company’s business practices.

Seen as one of Trump’s most loyal business associates, Weisselberg was arrested in July 2021. His lawyers have argued the Democrat-led district attorney’s office was punishing him because he wouldn’t offer information that would damage Trump.

The district attorney has also been investigating whether Trump or his company lied to banks or the government about the value of its properties to obtain loans or reduce tax bills.

Then-District Attorney Cyrus Vance Jr., who started the investigation, last year directed his deputies to present evidence to a grand jury and seek an indictment of Trump, according to former prosecutor Mark Pomerantz, who previously led the probe.

But after Vance left office, his successor, Bragg, allowed the grand jury to disband without charges. Both prosecutors are Democrats. Bragg has said the investigation is continuing.

The Trump Organization is not involved in Weisselberg’s guilty plea Thursday and is scheduled to be tried in the alleged compensation scheme in October.

Prosecutors alleged that the company gave untaxed fringe benefits to senior executives, including Weisselberg, for 15 years. Weisselberg alone was accused of defrauding the federal government, state and city out of more than $900,000 in unpaid taxes and undeserved tax refunds.

Under state law, punishment for the most serious charge against Weisselberg, grand larceny, could carry a penalty as high as 15 years in prison. But the charge carries no mandatory minimum, and most first-time offenders in tax-related cases never end up behind bars.

His sentencing won’t happen until after the trial of the Trump Organization, which is facing tax fraud charges punishable by a fine of double the amount of unpaid taxes, or $250,000, whichever is larger.

Trump has decried the New York investigations as a “political witch hunt” and has said his company’s actions were standard practice in the real estate business and in no way a crime. 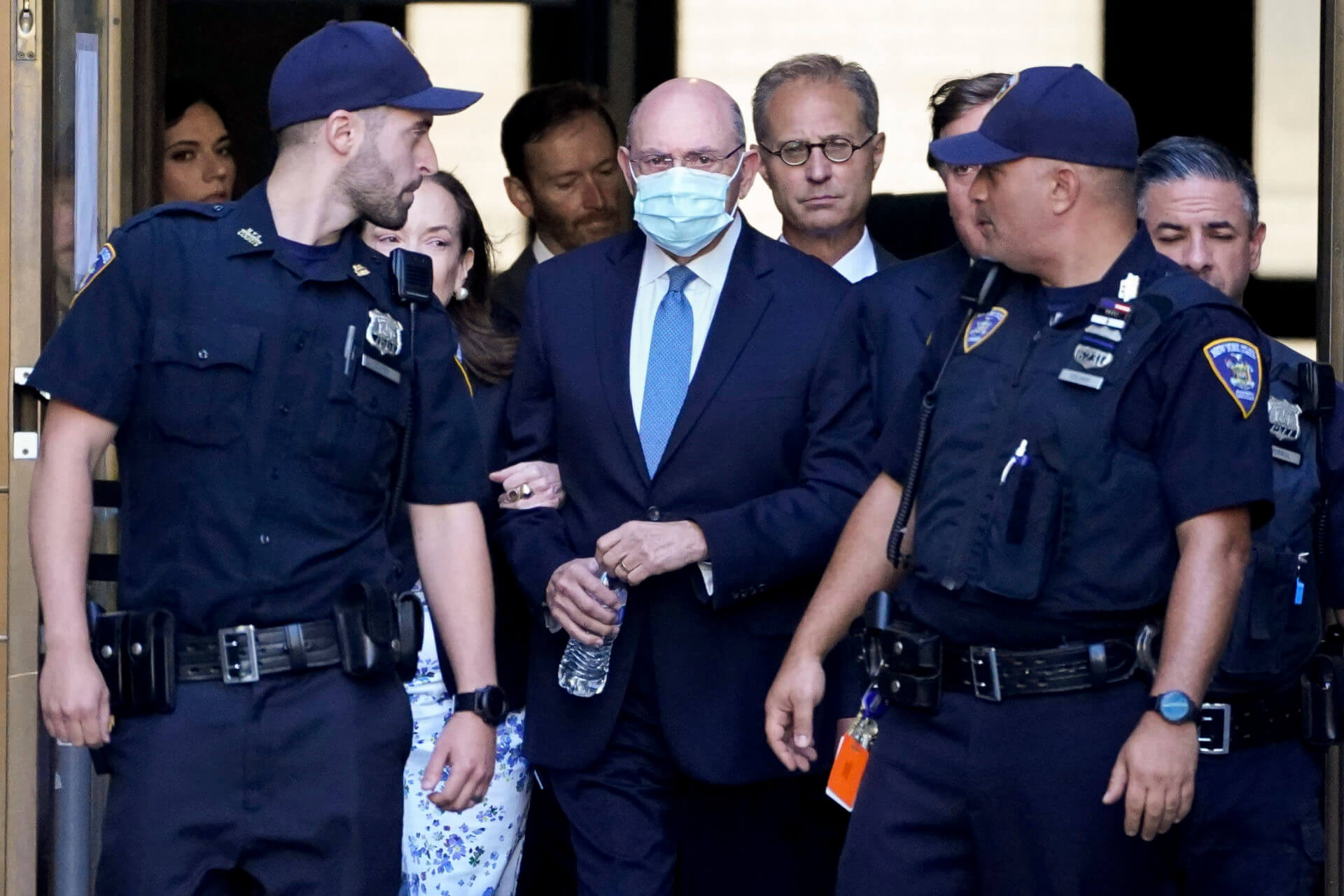