WASHINGTON (AP) — Donald Trump’s lawyers dismissed as a “storage dispute” the former president’s retention of top-secret documents at his Florida home, urging a judge Monday to keep in place a directive that temporarily halted key aspects of the Justice Department’s criminal probe. 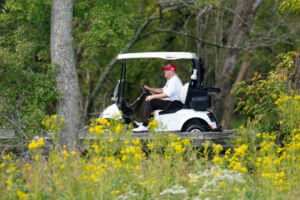 The Trump team referred to the documents that were seized as “purported ‘classified records,'” saying the Justice Department had not proven that the materials taken by the FBI during its Aug. 8 search of Mar-a-Lago were classified or remain so now. The lawyers also asserted there is no evidence that any of the records were disclosed to anyone and argued that Trump, as a former president, had an “unfettered right of access” to presidential documents.

“This investigation of the 45th President of the United States is both unprecedented and misguided,” they wrote. “In what at its core is a document storage dispute that has spiraled out of control, the Government wrongfully seeks to criminalize the possession by the 45th President of his own Presidential and personal records.”

The 21-page filing underscores the significant factual and legal disagreements between lawyers for Trump and the U.S. government as the Justice Department looks to move forward with its criminal investigation into the retention of national defense information at Mar-a-Lago and into the potential obstruction of that probe. Department lawyers in their own filings have rejected the idea that the documents, many of them classified at the top-secret level, belonged to Trump or that Mar-a-Lago was a permissible place to store them. 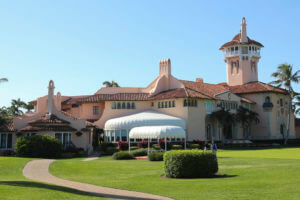 FILE – President Donald Trump’s Mar-a-Lago estate is seen in Palm Beach, Fla., April 18, 2018. Lawyers for former President Trump say a criminal investigation into the presence of top-secret information has “spiraled out of control. They urged a judge Monday to leave in place a directive that temporarily halted core aspects of the Justice Department’s probe. (AP Photo/Pablo Martinez Monsivais, File)

Setting the stage for possible further delays to the investigation, the Trump team also said it opposed the candidates the Justice Department proposed for an independent arbiter who is to be tasked with reviewing the documents seized during the FBI’s search. The Justice Department has not yet weighed in on the two candidates submitted by Trump lawyers.

The investigation hit a roadblock last week when U.S. District Judge Aileen Cannon granted the Trump team’s request for the appointment of the arbiter, also known as a special master, and prohibited for now the department from examining the documents for investigative purposes.

The Justice Department has asked the judge to lift that hold and said it would contest her ruling to a federal appeals court. The department said its investigation risked being harmed beyond repair if that order remained in place, noting that confusion about its scope had already led the intelligence community to pause a separate national security risk assessment.

But Trump’s lawyers said in their own motion Monday that Cannon should not permit the FBI to resume its review of classified records. It said the government had unilaterally determined the records to be classified but had not yet proven that they remain so.

“In opposing any neutral review of the seized materials, the Government seeks to block a reasonable first step towards restoring order from chaos and increasing public confidence in the integrity of the process,” the lawyers wrote.

In the meantime, both sides on Friday night each proposed different names of candidates who could serve in the role of a special master, though they disagreed on the exact scope of duties the person should have. Cannon has said the yet-to-be-named arbiter would be tasked with reviewing the documents and weeding out from the investigation any that could be covered by claims of either executive privilege or attorney-client privilege.

The Justice Department recommended either Barbara Jones, a retired judge in Manhattan who has served as special master in prior high-profile investigations, or Thomas Griffith, a retired federal appeals court jurist in the District of Columbia who was appointed to the bench by former President George W. Bush. The department said in its proposal that the special master should not have access to classified documents, or be empowered to consider claims of executive privilege.

On Monday, the Trump team told the judge that it was objecting to both of those candidates but said it was not prepared to say why publicly at the moment.

Trump’s lawyers have proposed either Raymond Dearie, a retired judge in the federal court based in Brooklyn, or prominent Florida lawyer Paul Huck Jr. The lawyers said the arbiter should have access to the entire tranche of documents and should be able to evaluate executive privilege claims.

In its filing Monday, the Trump team again voiced a broad view of presidential power, asserting that a president has an “unfettered right of access” to his presidential records and absolute authority to declassify any information without the “approval of bureaucratic components of the executive branch” — though it did not say, as Trump has maintained, that he had actually declassified them.

The Justice Department has said Trump had no right to hold onto the presidential documents. And the criminal statutes the department has used as the basis of its investigation, including one criminalizing the willful retention of national defense information, do not require that the records be classified.

In any event, the Justice Department says more than 100 documents with classification markings were found in last month’s search. It has made public a photograph that agents took inside Mar-a-Lago showing the cover pages of a smattering of paperclip-bound classified documents, some marked as top-secret.

The order from Cannon, who was appointed to the federal bench by Trump two years ago, was easily the most consequential of her brief judicial career and has elevated her public profile.

Earlier this month, a Houston woman was arrested on allegations she made threats against Cannon as the judge mulled the special master question. Tiffani Shea Gish left a series of threatening, profanity-laced voicemails for Cannon, according to an FBI affidavit filed in federal court in Texas.

Last week, a judge ordered Gish be held in jail pending trial. A federal public defender listed for her did not immediately return a message seeking comment on Monday.

Trump, who often spends time at his various properties, was at his Virginia golf club Monday. 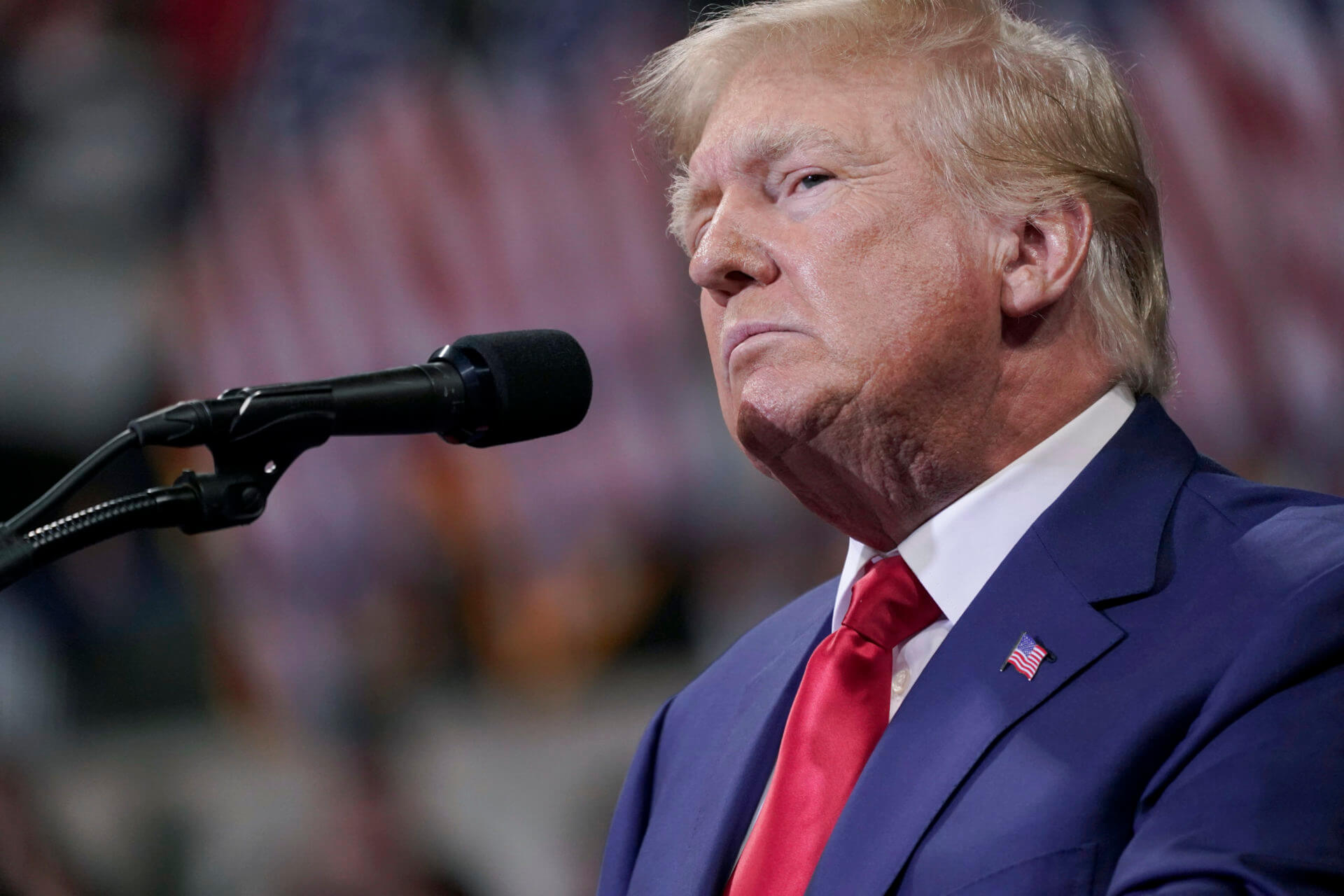 FILE - Former President Donald Trump speaks at a rally in Wilkes-Barre, Pa., Sept. 3, 2022. Lawyers for former President Trump say a criminal investigation into the presence of top-secret information has “spiraled out of control. They urged a judge Monday to leave in place a directive that temporarily halted core aspects of the Justice Department’s probe. (AP Photo/Mary Altaffer, File)
MORE NEWS