AUSTIN, Texas (AP) — The sister of a 9-year-old girl killed in the Uvalde school shooting rampage tearfully pleaded on Thursday with Texas lawmakers to pass tougher gun laws and questioned why so many security measures failed.

“I’m here begging for you guys to do something,” said Jazmin Cazares, whose young sister Jacklyn was one of 19 children shot to death in the 80 minutes the gunman spent inside Robb Elementary School on May 24 before police stormed the classroom and killed him. Two teachers also died in the massacre. 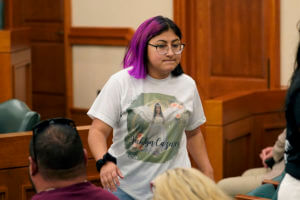 Jazmin Cazares, whose young sister Jacklyn was was one of 19 children killed at Robb Elementary School, attends a hearing at the state capitol, Thursday, June 23, 2022, in Austin, Texas. Cazares pleaded for Texas lawmakers to pass gun safety legislation and questioned why so many security measures failed. (AP Photo/Eric Gay)

“People who were supposed to keep her safe at school didn’t,” the 17-year-old Cazares said through sniffles. “They failed.”

Her testimony came just as the U.S. Supreme Court announced a decision allowing a major expansion of gun rights, saying Americans have a right to carry firearms in public.

Cazares told a committee of lawmakers looking at how to prevent mass shootings that they could honor the victims by adopting gun background checks and “red flag laws” that allow for the removal of firearms from people at extreme risk of harming themselves or others.

The gunman was a former student, Salvador Ramos, who days after turning 18 bought the AR-15-style semi-automatic rifle he used in the attack.

The state doesn’t require a permit to carry a long rifle like the one used in Uvalde. Last year, lawmakers made it legal for anyone 21 and older to carry a handgun in public without a license, background check or training. 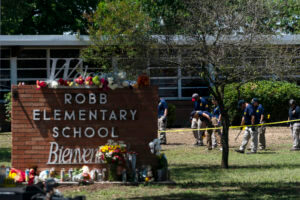 FILE – Investigators search for evidences outside Robb Elementary School in Uvalde, Texas, May 25, 2022, after an 18-year-old gunman killed 19 students and two teachers. The district’s superintendent said Wednesday, June 22, that Chief Pete Arredondo, the Uvalde school district’s police chief, has been put on leave following allegations that he erred in his response to the mass shooting. (AP Photo/Jae C. Hong, File)

Jacklyn loved singing and dancing and wanted to go to Paris when she graduated, her sister said. “She was one of sweetest souls anybody would ever meet,” Cazares said.

She and her cousin, Annabell Rodriguez, were best friends, part of a close-knit quintet of classmates. All five died in the shooting.

Jacklyn’s big sister told lawmakers that since the massacre she has reviewed the security measures the school was supposed to have in place, including how teachers are told to keep their doors closed and locked at all times.

“How, when some of those classroom doors didn’t lock?” she said, with family members sitting behind her wearing T-shirts with photos of Jacklyn that said “Forever in our hearts.”

Right after Jazmin finished talking about losing her sister, a woman who lost her parents in a 1991 shooting that left two dozen dead at a Luby’s Cafeteria in Killeen, Texas, told the committee that waiting periods for gun sales are “worthless” and gun-free zones should be eliminated.

Jacklyn’s father, Javier Cazares, followed Hupp into a hallway after her testimony and they exchanged handshakes and a brief hug.

“Unfortunately, we both ‘get it.’ We know that it’s real. There’s a tendency for everyone to say ’Well, it’s not going to happen to me,” Hupp said. “I think there is a bond there, just automatically, unspoken. In one sense, it was my parents, and they died quickly and they died together. I can’t imagine losing a kid. I can’t even go there in my head.”

Days after the Uvalde tragedy, Javier Cazares, told of how he rushed to the school and kept a close watch on the children fleeing the school to catch a glimpse of his 9-year-old “firecracker.”

He and other parents grew frustrated that the police weren’t doing more to stop the gunman.

“A lot of us were arguing with the police, ‘You all need to go in there. You all need to do your jobs,’” said Cazares, an Army veteran. “We were ready to go to work and rush in.”

Those delays and mistakes in the law enforcement response are now at the center of federal, state and local investigations. The head of the Texas state police this week called it an “abject failure,” and said how police reacted went against everything learned in the two decades since the Columbine High School shooting in Colorado in 1999.

Officers with rifles stood in a hallway at Robb Elementary for over an hour, waiting in part for more weapons and gear, before going inside the classroom, said Col. Steve McCraw, director of the Texas Department of Public Safety.

He put much of the blame for the delays on Pete Arredondo, the Uvalde school district police chief who McCraw said was the commander in charge.

The school district put the police chief on administrative leave on Wednesday. Uvalde Consolidated Independent School District Superintendent Hal Harrell said the facts of what happened remain unclear and that he didn’t know when details of multiple investigations would be revealed.

Arredondo has said he didn’t consider himself in charge and assumed someone else had taken control. He has declined repeated requests for comment from The Associated Press.

Uvalde’s mayor pushed back against McCraw casting blame on Arredondo, saying the Department of Public Safety has repeatedly put out false information about the shooting and glossed over the role of its own officers. 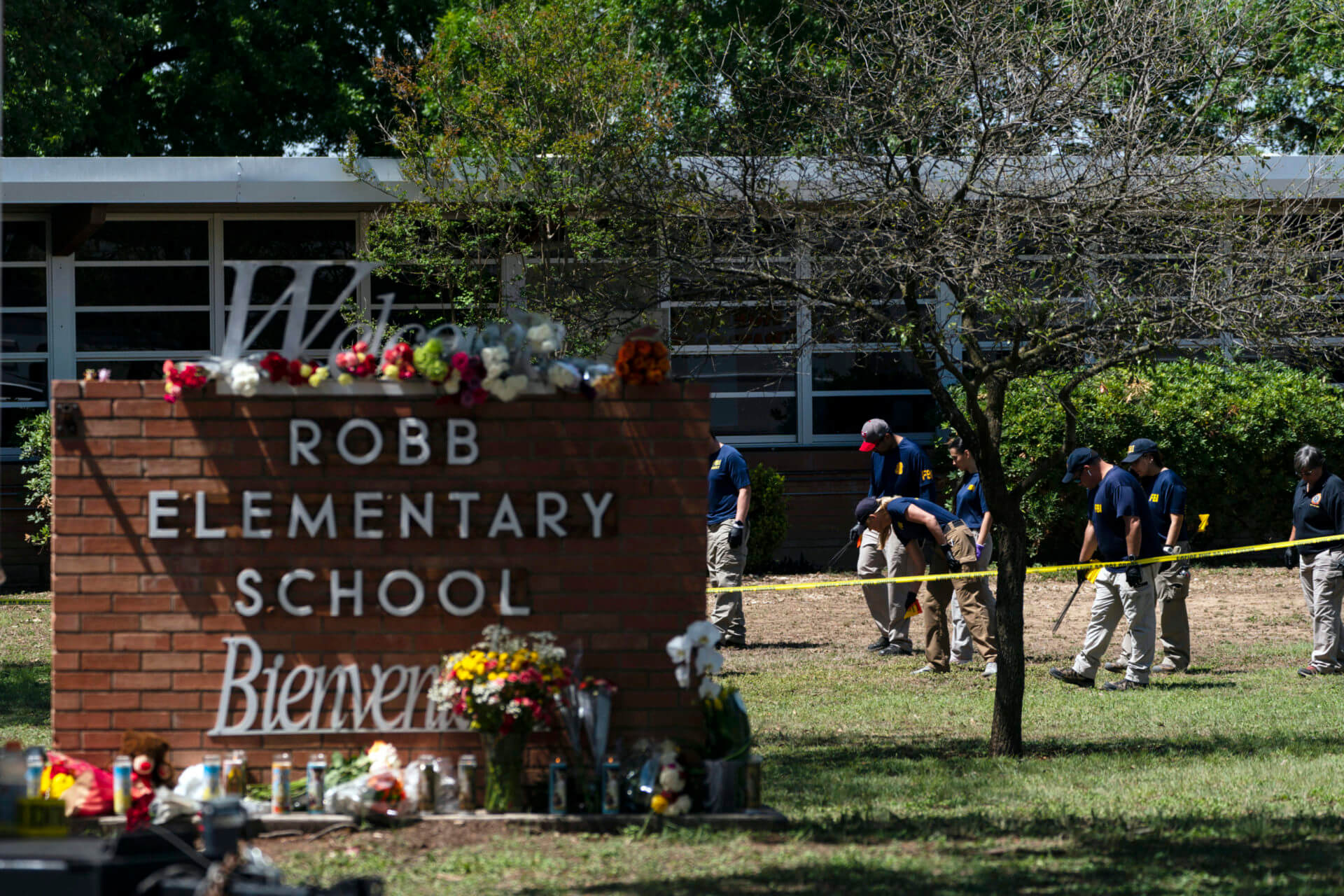 FILE - Investigators search for evidences outside Robb Elementary School in Uvalde, Texas, May 25, 2022, after an 18-year-old gunman killed 19 students and two teachers. The district’s superintendent said Wednesday, June 22, that Chief Pete Arredondo, the Uvalde school district’s police chief, has been put on leave following allegations that he erred in his response to the mass shooting. (AP Photo/Jae C. Hong, File)
MORE NEWS