SALT LAKE CITY (KSTU) — In raw, emotional courtroom testimony, ex-members of the Fundamentalist LDS Church spoke of abuses they suffered while in the faith.

Some tearfully described forced marriages and rapes as children, others spoke of living in extreme poverty and going hungry. Some testified they had their families taken from them under orders from polygamist leader Warren Jeffs. It was part of a two-day trial over allegations of fraud and trafficking that ended Tuesday in federal court in Salt Lake City. 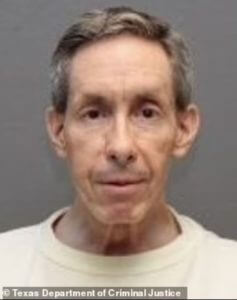 “I was taken from Hildale home in Utah to Caliente, Nev.,” Ruby Jessop testified of her marriage at age 14 to her step-cousin under Jeffs’ direction.

“Was it a legal marriage?” asked her attorney, Roger Hoole.

“Who performed the marriage?”

“Were there other marriages in Caliente, Nev., that day?”

After the marriage, Jessop sobbed on the witness stand as she said the marriage was “consummated.”

“Is that something you wanted?” Hoole asked her.

She testified of being taken to Canada after child protective services inquired about her whereabouts, being instructed by church officials what to tell them. Jessop spoke of being put to work, cooking and cleaning for crews of FLDS men doing construction work outside Utah.

“If you had not done this work. What would have happened to you?” Hoole asked her.

“I wouldn’t be able to talk to my mother. I would probably be kicked out, have my kids taken from me,” she said.

“Were you worried about having your kids taken from you?”

In 2012, Jessop decided to leave the FLDS Church. She went with a friend in Canada, making a painful decision to leave her children behind. Her husband took her birth certificate, she testified, preventing her from crossing the border.

“He met me in Idaho where he told me he would only give it to me if I signed my children over to the church. I felt so trapped. I had to get out for me. I met him at a notary office and signed the papers,” she cried.

“Did you think they were legally binding?” Hoole asked her.

Jessop has since reunited with her children. She is among a number of ex-members of the Utah-based polygamous church who sued Jeffs and the law firm that used to represent him. The case against the firm was settled, leaving Jeffs the sole defendant.

“People that have hurt us in the past will not get away with it. It means everything to us,” Jessop said in an interview with FOX 13 News about what it meant for the case to finally go to trial.

Briell Decker, who said she was Jeffs’ 65th wife, said being able to testify was “huge” for her.

“What I went through when I was married to him was very horrific,” she told FOX 13 News, adding: “I definitely want it to help people in as much ways as I possibly can.”

In the courtroom, the table reserved for Jeffs and his defense was empty. He has consistently refused to answer lawsuits filed against him and in this case, he was found in default so the trial centered around damages the plaintiffs were entitled to.

Jeffs is currently serving a life sentence in a Texas prison for child sexual abuse related to underage “marriages.” He continues to lead the church from his prison cell. Recently, FOX 13 News reported he has issued a new edict, seeking to call people back to the FLDS church.

Gina Rohbock testified that she cooked and cleaned at work projects for FLDS men doing construction projects. The church, she said, did not give them enough to live on.

“I had a food stamp card that I would use to make up the difference to make sure these men and we got the food,” she testified.

“Did you have to draw on your own family income?” Hoole asked her.

Asked if her family ever went hungry, Rohbock replied: “My children, my husband, I made sure they didn’t go hungry. There wasn’t enough to food and so I quit eating,” she said, describing the impact it had on her body over time.

FLDS members feared losing their families and being cast out.

“Did you recall a time when Warren Jeffs told people if they were being disobedient they would go to hell?” U.S. District Court Judge Ted Stewart asked Rohbock.

“Yes. He told us multiple times in church,” she told the judge.

Marvin Cooke cried on the witness stand as he testified about having his three wives and 24 children taken from him under Jeffs’ orders. To this day, his family has never come to him and asked what happened. Cooke told FOX 13 News that he hoped the news of the trial would reach those still in the church and tell them the truth of Jeffs.

Judge Stewart will determine how much in damages Jeffs will owe to them. It will then be up to the defendants to try to collect. Hoole told FOX 13 News outside of court his clients could be entitled to millions of dollars.

“They’re entitled to compensation, I believe, and if the court rules in their favor, we hope the court will send a message through the damage award,” he said.

For some of the members, it was a victory in being able to share their stories in court. They hoped those still in the church would ultimately hear it.

“They’ll feel like they’re not alone,” Jessop said. “You’re not the only one that went through that. All of us have. You’re not alone. Come find us. We’ve gone through it, we’ve gotten through it and we want to help you through it.”

This story was originally published Sept. 28, 2022 by KSTU in Salt Lake City, an E.W. Scripps Company.