ST. PAUL, Minn. (AP) —A St. Paul woman was charged with murder Monday for allegedly shooting her ex-husband in the back of his head and burying his body in the yard, then building a shed on top of him.

Authorities had been investigating the disappearance of Kou Yang, 50, when a neighbor told them about a foul odor coming from the family’s garden. A Bureau of Criminal Apprehension crime scene team excavated the area on Saturday and found Yang’s body — about a month after he was last seen. 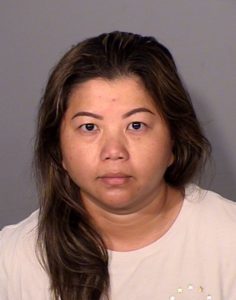 Karina Her, 40, is charged with second-degree intentional murder and is scheduled to make her first court appearance Tuesday. Court records do not list an attorney to comment on her behalf.

According to the complaint, Her and Yang lived together, even though they had divorced. In mid-July, someone called 911 to request a welfare check on Yang, who hadn’t been seen for a few weeks. Her’s 17-year-old daughter also called 911 to say she suspected her mother had killed Yang.

The 17-year-old told authorities that when she came home on July 2, she saw a hole in a backyard that was covered with a tarp-like item. Her later built a shed over the hole.

Police searched the home and found blood on a bedroom wall that had been painted over. Blood also was in the garage and the laundry room, according to the complaint.