AUSTIN, Texas (AP) — A 22-year-old woman accused of helping hide the body of a slain Texas soldier pleaded not guilty Tuesday to charges related to the crime.

Cecily Aguilar of Killeen, near Fort Hood, entered the pleas Tuesday in federal court in Waco to three conspiracy charges in the death of Army Spc. Vanessa Guillén, 20. Aguilar remains in the Bell County Jail in Belton, Texas, while awaiting trial.

Army Spc. Aaron Robinson, 20, of Calumet City, Illinois, killed and dismembered Guillén and had Aguilar help dispose of the body in nearby woods, federal and state investigators said. Her disappearance became the focus of a nationwide missing-persons search.

Robinson killed himself July 1, the day Guillén’s remains were found near the Leon River in Bell County, officials said. The remains were identified as Guillén’s on July 6. 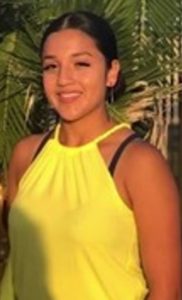 Aguilar has since tried to delete her Google accounts and flee the country, said Natalie Khawam, Guillén’s family’s attorney. She said they will continue to build a whistleblower case for the slain soldier and asked anyone with information on Aguilar to come forward.

“She did exactly how ISIS would do to our soldiers,” Khawam said, referring to the allegations against Aguilar.

Khawam said she and the Guillén family will be meeting with President Donald Trump on July 29, the day before the #IAmVanessaGuillen Bill is presented to Congress. The measure would address procedures for reporting sexual harassment and assault in the military.

In the meantime, Army officials announced Friday that they will begin an independent review of the Fort Hood command climate following calls from members of Congress and community activists for a more thorough investigation into Guillén’s death.