IDAHO FALLS, Idaho (AP) — A woman has been sentenced to a prison treatment program for what prosecutors said was her role in a violent kidnapping and torture case.

Seventh District Judge Bruce Pickett said Laura Zamudio, 30, would spend up to four years in prison if she fails to complete the program, EastIdahoNews.com reported Monday. Zamudio pleaded guilty to the charges as part of an agreement with prosecutors, according to court records. 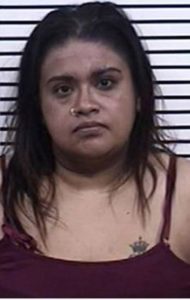 Prosecutors say Jorge Luis Balderas, 27, Sasha Dee Martinez, 34, Austin Alverado, 24, were all part of the crimes with Zamudio. Martinez was sentenced in July to up to 20 years in prison, and a judge said she would be eligible for parole after serving at least five years. Alverado has pleaded guilty to being an accessory to aggravated battery and is scheduled to be sentenced on Wednesday.

Balderas has pleaded not guilty to kidnapping and aggravated battery charges and is scheduled to stand trial in January.

Zamudio reportedly played less of a role in in the case than the other defendants.

According to Idaho Falls police reports, officers were called to a home on June 22, 2020, after a woman asked a stranger to call 911, saying she had been held captive and tortured. The woman told investigators she met Balderas online and moved in with him before they later moved into another home where Martinez also lived.

In court documents, investigators said the woman was beaten, tied to a chair, burned with propane torches and set on fire with lighter fluid, and that Martinez used a knife to carve the letter “N” into the woman’s face.