FLINT, Mich. (AP) — A married couple and their son convicted of first-degree premeditated murder in the fatal shooting of a security guard who demanded the woman’s daughter wear a mask while shopping were sentenced Tuesday to life in prison without parole. 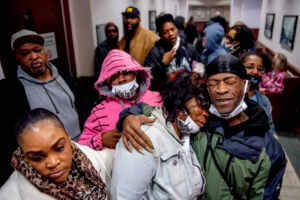 Latryna Sims, partner of Calvin Munerlyn, center, cries on the shoulder of his uncle Ramon Munerlyn, as the family celebrates outside the courtroom after Sharmel Teague, her husband Larry Teague, and son Ramonyea Bishop, three defendants charged in the fatal shooting of the security guard at a Family Dollar store in Flint, Mich., were sentenced to life in prison without the possibility of parole Tuesday, Jan. 17, 2023, in Genesee County Circuit Court. Security guard Calvin Munerlyn refused to allow Teague’s daughter inside because she wasn’t wearing a face mask to protect against transmission of the coronavirus. (Jake May/MLive.com/The Flint Journal via AP)

The three were convicted of first-degree premeditated murder, a crime that carries a mandatory punishment of life in prison without parole, following a trial that spanned several weeks, The Flint Journal reported.

Munerlyn, 43, was shot at the store just north of downtown Flint shortly after telling Sharmel Teague’s daughter she had to leave because she lacked a mask, Genesee County Prosecutor David Leyton has said.

Two men later came to the store and shot the security guard to death, investigators said.

Bishop’s sister, Brya Bishop, was charged with tampering with evidence, lying to police and being an accessory to a felony. She was sentenced in November to time served and probation. 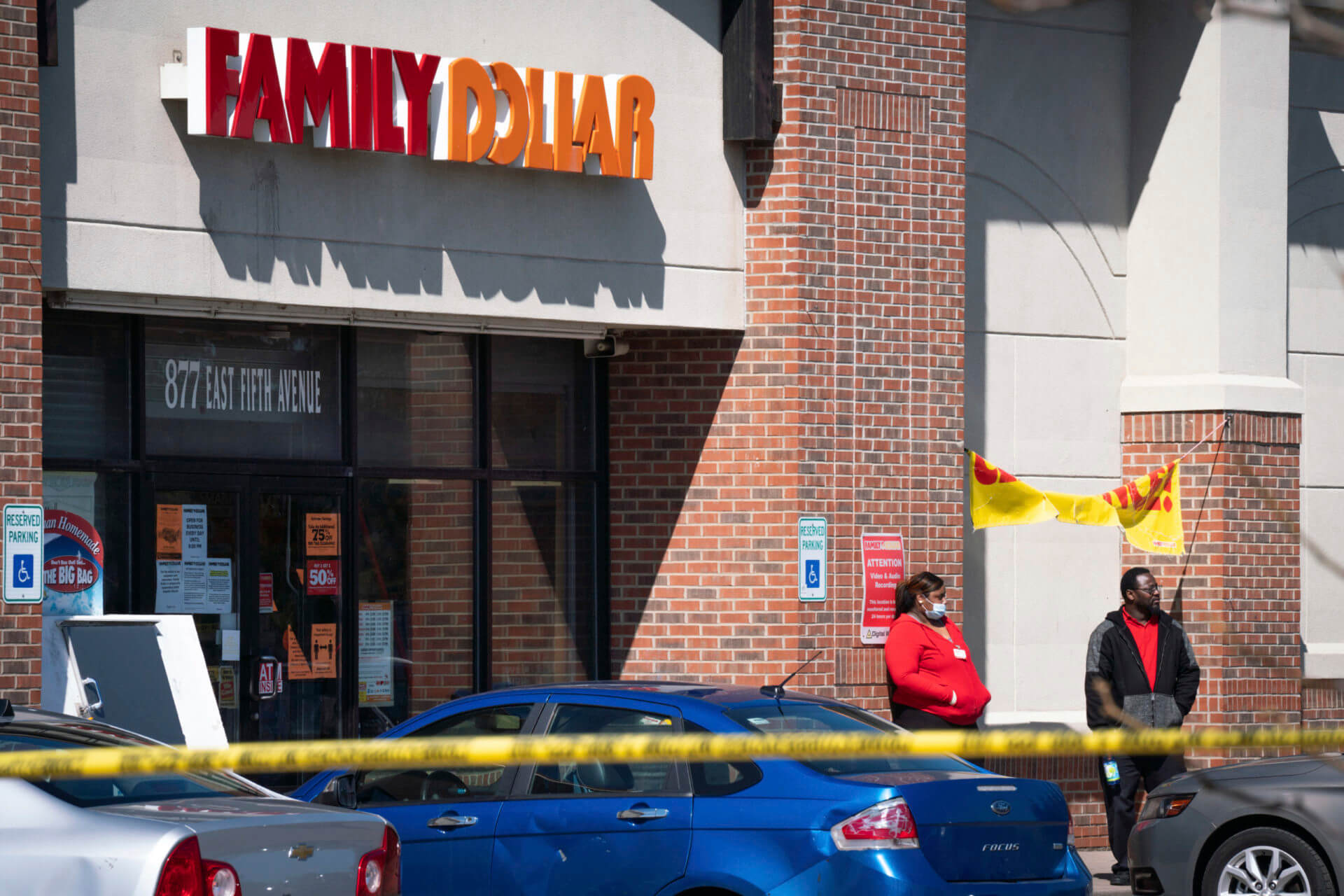 In this Friday, May 1, 2020 photo, employees stand outside the Family Dollar as police investigate a shooting that took place at the store in Flint, Mich. (Sarahbeth Maney/The Flint Journal via AP)
MORE NEWS