FAIRFIELD, Calif. (AP) — A 76-year-old man suspected of a 2021 rape has been arrested in the killings of two women that had been unsolved for decades, authorities said.

James Ray Gary, of Fairfield, was arrested last week in the 1980 killing of Latrelle Lindsay of Union City and the 1996 killing of Winifred Douglas of Berkeley, the Solano County Sheriff’s Office said. 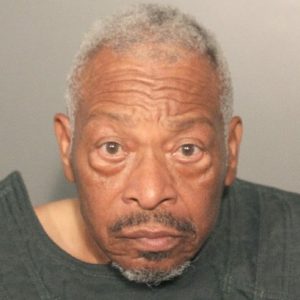 DNA collected during a 2021 rape investigation matched DNA collected from both crime scenes. On July 18, the office was notified that a DNA sample from Gary matched all three crimes. A warrant was obtained for his arrest and to search his home. He was arrested the following day, officials said.

In July of 1980, Lindsay, 46, of Union City, was found dead inside her home. She had been raped and strangled, police said.

“At the time, no suspects were identified in this killing. A DNA sample was later sent for entry and search in a law enforcement database, but no match was made,” the Union City Police Department said in a statement.

Douglas’ body was found in March 1996 hidden among bushes along Highway 780 in Vallejo. An autopsy determined that she had been asphyxiated and suffered blunt-force trauma to the head and neck.

Gary was booked into Solano County Jail for homicide and is being held without bail.