CLEARWATER, Fla. (WFTS) — Three years ago, someone killed a Clearwater couple in their 80s and the crime is still puzzling detectives who have tracked down hundreds of leads.

“We cannot move on. We’re just stuck in limbo,” Steve Swan explained, adding that there isn’t a moment he doesn’t wonder why his 88-year-old father and 80-year-old stepmother were targeted in a violent crime.

“It soaks up a good chunk of my life just wondering and wondering is it someone you knew, someone you didn’t know. Why?” he added.

The couple lived in the quiet Clearwater Morningside neighborhood next to neighbors who adored them. They loved to travel, laugh and dance.

Detectives say the Swans were shot multiple times, but investigators say there’s no evidence anyone broke in or stole anything from their home.

Sgt. Dan Loder says detectives have now followed up on more than 300 leads and interviewed dozens of people.

“We don’t believe in cold cases. Every case is open,” Sgt. Loder added. 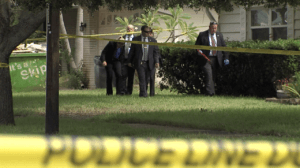 Steve Swan says the past three years have been agonizing for his family and they’re hoping time will encourage someone who knows something to come forward.

Steve Swan travels every year from Illinois to Florida to talk to detectives in person and to drum up attention to the case. His family is determined to make this the year they get answers.

“Justice needs to be done,” he said with determination.

If you have a tip in the case, you’re urged to call the Clearwater Police Department.

This story was originally published September 209, 2021, by WFTS in Tampa Bay, an E.W. Scripps Company.