DENVER (KMGH) — It’s a murder most won’t remember, but one a Colorado family has never been able to forget. Forty-one years after a woman was killed, her family says they’ve finally found closure.

“Yesterday when I found out, I cried,” said George Journey. “I spent three hours crying to myself, knowing that they finally found who did this.”

Journey’s sister, Antoinette Parks, was found stabbed to death on Jan. 24, 1981. Investigators told Journey she had been stabbed 23 times. 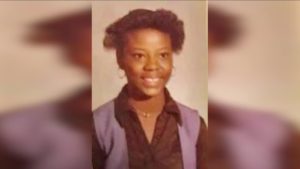 “My brother and my stepdad went to identify her body, I don’t think I could have went because, you know, it was so bad her casket had to be closed at the funeral,” Journey said.

Parks was only 17 years old at the time, and six to seven months pregnant.

“She was loved by a lot of people and it still to this day … it hurts us all,” he said.

Over the past few decades, Journey says he and his other siblings have suffered immense grief not knowing who committed the heinous act.

“[Stabbed] 23 times and just thrown in the field, right out in the road like she was a piece of trash,” Journey said.

But this week, Journey says he received a call from from a Denver police cold-case detective, informing him an investigation had solved the decades-old cold case.

“Yesterday when I found out, I cried, I spent three hours crying to myself … knowing that they finally found who did this,” he said. “Why my sister? Why her? Can’t explain it. Only God knows why he did this.”

Journey says he’s profusely thankful for the investigative work that led to this point. Sadly, the details came too late for his three other sisters who passed in recent years.

This story was originally published Jan. 21 by KMGH in Denver, an E.W. Scripps Company.