FORT LAUDERDALE, Fla. (WPTV) — Detectives believe the body of a missing Florida woman who is thought to be dead was dumped somewhere in the Intracoastal Waterway by her husband. 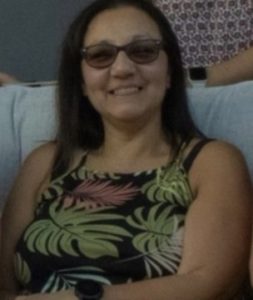 Her husband, Ian Lanning, is in jail facing a charge of first-degree murder.

Investigators believe Lanning, 54, killed Xeniti, 53, inside the couple’s Pompano Beach home in the early morning hours of May 21 and then tried to clean up evidence of the crime.

“I can tell you there was an extensive amount of evidence in that house, and it paints a very gruesome picture,” Sgt. Kevin Forsberg said. “So we’re confident that Irene is deceased and, obviously, we’re looking for her remains to get them home to her family members.”

Xeniti had been reported missing by her daughter May 30. Investigators said Lanning never reported her missing.

“We wouldn’t be looking for her body if we had all the answers we’re looking for,” Tutler added.

Investigators said Xeniti left her home to go out with friends in Boca Raton the night before she was killed. She was last seen alive after dropping off a friend before heading home. 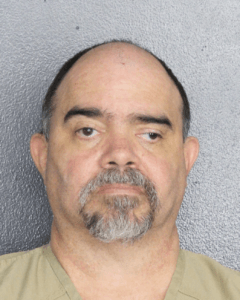 It’s not known how Xeniti was killed, but detectives believe her body was disposed of somewhere in the Intracoastal Waterway between the Hillsboro Inlet and the Northeast 14th Street Causeway.

“We’re confident saying that the initial focal point is the northern part of Broward County’s Intracoastal Waterway, pretty close to the Palm Beach (County) border,” Tutler said. “But it’s been a long time since then, so that’s why we’re widening the scope of where we’re looking.”

Forsberg said the tides could have carried the body even farther.

“So it could go upwards up to Boca,” he said. “It could be further south, or it could be even out the inlet into the ocean.”

Detectives are asking anyone who may have had contact with Lanning to call them at 954-321-4200 or Broward County Crime Stoppers at 954-493-TIPS.

This story was originally published June 14 by WPTV in West Palm Beach, an E.W. Scripps Company.