TALLAHASSEE, Fla. (AP) — A Florida woman convicted of helping mastermind the killing of her husband more than two decades ago was sentenced Thursday to 30 years in prison after a previous life sentence was tossed on appeal.

A Leon County circuit judge handed down the sentence for Denise Williams, rejecting arguments from her attorney that she was only a minor participant in the plot to kill her husband, the Tallahassee Democrat reported. Williams, 51, was convicted in 2018 of first-degree murder and conspiracy to commit murder. The 1st District Court of Appeal vacated the first-degree murder conviction last fall, which meant a resentencing was needed for the conspiracy charge. 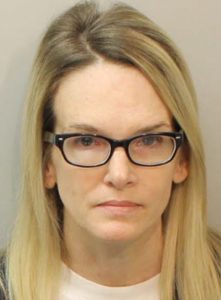 Mike Williams, a 31-year-old real estate appraiser, disappeared in December 2000 during what was supposedly a solo duck hunting trip to a lake in Jackson County. Some initially speculated he had fallen from his boat and that his body had been devoured by alligators. His disappearance triggered a massive search by authorities.

But Brian Winchester, who had been Mike Williams’ best friend, said he and Denise Williams were having an affair and that they planned the killing so that Denise Williams could collect $2 million in life insurance.

Winchester said he planned to make it look like Williams had drowned. But after pushing him overboard, Williams did not get dragged underwater by his duck-hunting equipment. So Winchester said he shot him in the face with a 12-gauge shotgun. He then dragged his body to shore, put him in the back of his truck and drove back to Tallahassee. He eventually buried him later in the day alongside a small lake located north of town.

Without a body, Denise Williams petitioned to have her husband declared dead due to accidental drowning. Winchester and Denise Williams married in 2005, but the relationship soured and they divorced in 2016.

The case broke after Winchester kidnapped Denise Williams at gunpoint in 2016, authorities said. He eventually made a deal with prosecutors and was sentenced to 20 years in prison for that crime. He later led authorities to the remains of Mike Williams and testified against Denise Williams in exchange for immunity in that case.