DENVER (KMGH) – A Jefferson County jury on Thursday convicted Alex Ewing of killing a Lakewood woman in January 1984 as part of the “Hammer Killer” spree – the second time he has been convicted of murder in connection with the string of killings. 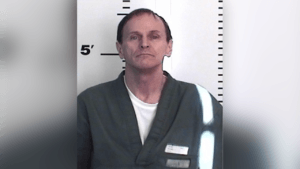 The jury found Ewing guilty of first-degree murder after deliberation and two other counts of felony murder in connection with the killing of Patricia Smith on Jan. 10 of that year. The jury started deliberating on Wednesday afternoon. The jury also confirmed sentence enhancers in the case.

“We truly appreciate the jury’s service in this difficult case, and our thoughts are with the family of Patricia Smith as they finally see justice for her horrific murder over three decades ago,” District Attorney Alexis King said in a statement. “Today’s verdict is the result of significant efforts and dedication by law enforcement, scientists, the witnesses who testified, and our staff, without whom this outcome would not have been possible.”

Ewing was convicted in August by an Arapahoe County jury of murder and several other counts in the killings of three members of an Aurora family in January 1984. A judge sentenced him to three consecutive life sentences for his conviction in that case.

In October, a judge declared a mistrial in Ewing’s initial trial tied to Smith’s killing after Ewing’s counsel asked for a competency evaluation. The latest trial started late last month. 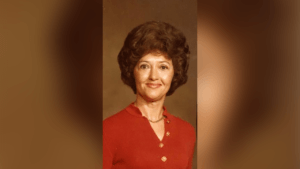 Patricia Smith was killed at her home in Lakewood in January 1984. (Colorado Bureau of Investigation via KMGH)

Smith, 50, was killed at her home on Bayaud Avenue in Lakewood six days before the Bennett family was attacked and three of them were killed. She was found severely beaten.

Authorities announced in August 2018 that Ewing was the suspect in the hammer killings. He was in prison in Nevada at the time on attempted murder and burglary convictions.

Investigators matched a DNA profile linking Smith’s death and the deaths of the Bennetts in 2002 and Ewing’s DNA was matched to that profile in July 2018 when Nevada prison officials entered his DNA into a database.

Prosecutors focused on that DNA evidence during the trial that ended Thursday, while Ewing’s attorneys tried to convince the jury that prosecutors were ignoring other evidence.

But the jury indeed convicted Ewing, who will be sentenced on Tuesday morning. He is currently incarcerated on the other life sentences at the Colorado Territorial Correctional Facility in Cañon City.

This story was originally published April 7 by KMGH in Denver, an E.W. Scripps Company.