FAIRFAX, Va. (AP) — A jury was selected Monday to hear a long-anticipated libel lawsuit Johnny Depp filed against his ex-wife, actress Amber Heard, whom he accuses of falsely portraying him as a domestic abuser.

Depp sued Heard over an op-ed piece she wrote in The Washington Post in 2018 in which Heard refers to herself as a “public figure representing domestic abuse.” The article doesn’t mention Depp by name, but he says it clearly refers to allegations Heard made in other forums that she suffered physical abuse at his hands. Depp denies the accusations.

The lawsuit brought a little bit of Hollywood to a courthouse that has a long history of dealing with high-profile crimes, just not those involving movie stars. 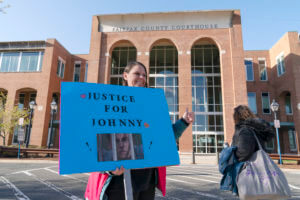 More than a dozen women, some waving signs saying “Justice for Johnny,” joined other fans who waved pirate flags in recognition of Depp’s signature role in the “Pirates of the Caribbean” movies, waited outside the courthouse an hour before the hearing.

The courtroom in the city of Fairfax was closed to the public Monday, with limited closed-circuit access in an overflow courtroom. People lined up before 7 a.m. for the wristbands granting access. Both Depp and Heard were in attendance, but court personnel brought them in and out utilizing special access points that frustrated fans’ ability to see them.

Depp’s fans have been vocal in their support, saying he has been falsely accused. Raylyn Otie, a Depp fan from Bluefield, Virginia, drove five hours to see the movie star. She was disappointed when Depp did not greet fans personally, as sheriff’s deputies carefully limited fan access. 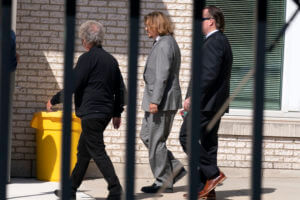 Actor Johnny Depp, center left, leaves the Fairfax County courthouse after a jury selection day in Fairfax Va. Monday, April 11, 2022. The trial of Depp and Amber Heard, who were married from 2015 to 2017, began with jury selection. ( AP Photo/Jose Luis Magana)

“I’m so disappointed. I came to give him flowers to show some support,” she said, bouquet in hand.

In a separate lawsuit Depp filed against a British newspaper, a judge dismissed the case, finding that Depp assaulted Heard on a dozen occasions and put her in fear for her life on multiple occasions.

Heard has filed a countersuit against Depp that accuses his lawyers of defaming her at his direction.

Heard’s lawyers tried unsuccessfully to have the case moved to California, where the actors reside. A Fairfax judge ruled that Depp was within his rights to bring the case here because the Post’s online editions are published through servers located in Fairfax County.

Depp’s lawyers have said they brought the case in Virginia in part because the laws here are more favorable to their case.

A jury of seven, plus four alternates, was selected by Monday afternoon. The smaller jury is typical for civil trials in Virginia.

Opening statements are scheduled for Tuesday morning. The trial is expected to last more than a month. A long list of witnesses includes actors James Franco and Paul Bettany, and tech entrepreneur Elon Musk. Some witnesses are expected to appear in person, while others will testify via video link. 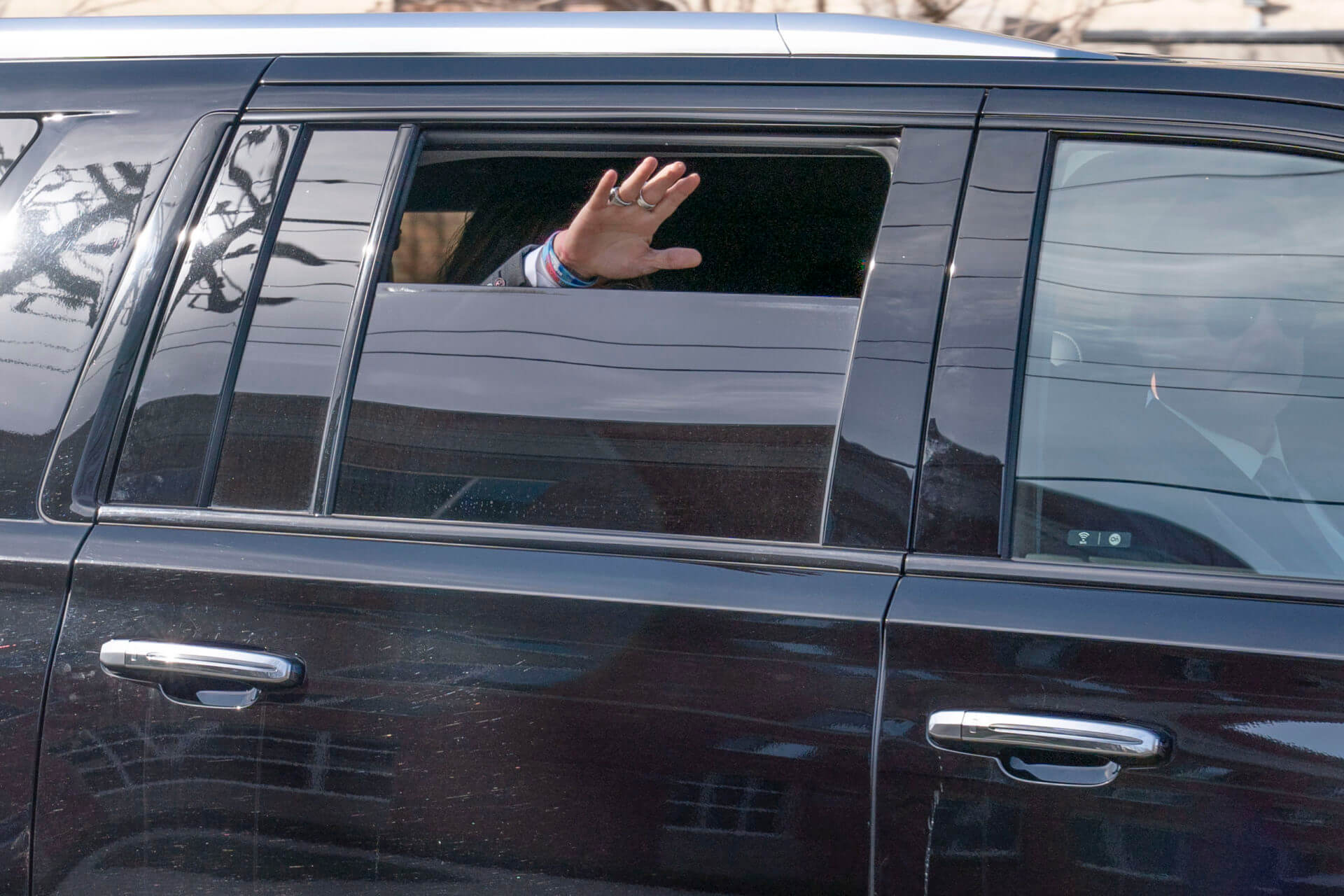 Actor Johnny Depp, waves to his fans as he leaves the Fairfax County courthouse after a jury selection day in Fairfax Va. Monday, April 11, 2022. Johnny Depp and Amber Heard, who were married from 2015 to 2017, are set to begin their long-anticipated defamation trial with jury selection. ( AP Photo/Jose Luis Magana)
MORE NEWS