Scott Peterson’s trial attorney missed an opportunity to grill a California juror about bias who eventually helped send him to death row for murdering his pregnant wife and unborn child, his appellate lawyer conceded Thursday while arguing the former fertilizer salesman deserves a new trial because of juror misconduct.

Attorney Cliff Gardner, who alleges juror Richelle Nice was biased and lied to get on the jury that convicted Peterson in 2004, said it was a mistake not to question Nice after she indicated on a jury questionnaire that she couldn’t stick solely to evidence at trial and avoid preexisting opinions from influencing her verdict.

“She checked she couldn’t be fair,” San Mateo County Superior Court Judge Anne-Christine Massullo said. “He never even followed up.” 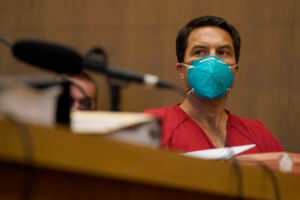 Scott Peterson listens as one of his attorneys, Cliff Gardner, speaks at the San Mateo County Superior Court in Redwood City, Calif., Thursday, Aug. 11, 2022. Peterson is in court for a hearing to determine whether he gets a new trial in the murder of his pregnant wife because of juror misconduct. (AP Photo/Jeff Chiu, Pool)

Gardner said he thought defense lawyers believed Nice’s answer was an error on the questionnaire but agreed it was a mistake not to ask about it. But he said her response reinforced his argument that she was gunning for Peterson.

“It seems astonishing to me,” Gardner said. “It seems absolutely consistent with the idea that she had some kind of predetermined bias in the case and she was talking about it there.”

The California Supreme Court upheld Peterson’s conviction but overturned his death sentence in 2020 because some jurors were improperly dismissed over their disagreement with the death penalty despite saying they could follow the law and impose it.

Massullo was assigned to decide if juror misconduct prevented Peterson from getting a fair trial.

Peterson’s lawyers contend, among other things, that Nice sought to be on the jury because she wanted notoriety and for financial reasons. Nice, who was dubbed “Strawberry Shortcake” for her bright red hair, later co-authored a book about the case with six other jurors. 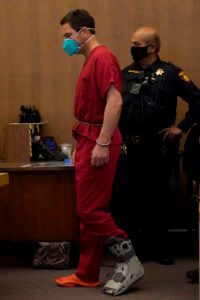 Scott Peterson, left, walks to his seat at the San Mateo County Superior Court in Redwood City, Calif., Thursday, Aug. 11, 2022. Peterson is in court for a hearing to determine whether he gets a new trial in the murder of his pregnant wife because of juror misconduct. (AP Photo/Jeff Chiu, Pool)

The defense said she lied on the lengthy questionnaire given to prospective jurors that asked among other things whether she was a crime victim or had ever filed a lawsuit.

Nice failed to disclose during jury selection that she filed a lawsuit and had sought a restraining order while pregnant in 2000, saying she “really fears for her unborn child” because of threats from her boyfriend’s ex-girlfriend. She also failed to disclose that a boyfriend beat her in 2001 while she was pregnant with another child.

Nice testified that she may have improperly answered questions, but did so truthfully.

“I didn’t write it on the questionnaire because it never crossed my mind, ever,” she said about the restraining order. “It wasn’t done intentionally — it didn’t cross my mind.”

Gardner said there was a chasm between what Nice had written in legal papers and what she testified to during the hearing held over several days in February and March.

Nice testified in March that she didn’t recall a fellow juror’s account that when she joined the jury in deliberations she declared, “We should get Scott for what he did to Laci and ‘little man.’”

“It doesn’t sound like something I would say, but I have no idea,” she said. “I don’t remember this.”

Nice testified earlier that she held no bias against Peterson until after she heard the evidence that he dumped his wife’s body in San Francisco Bay on Christmas Eve 2002.

Stanislaus County prosecutors contend there was no juror misconduct and that Nice either misunderstood or misinterpreted the questionnaire. 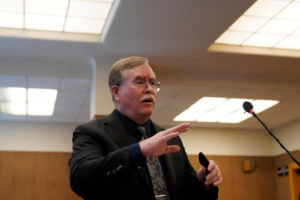 David Harris, of the Stanislaus County District Attorney’s office, speaks during a hearing at the San Mateo County Superior Court in Redwood City, Calif., Thursday, Aug. 11, 2022. Scott Peterson is in court for a hearing to determine whether he gets a new trial in the murder of his pregnant wife because of juror misconduct. (AP Photo/Jeff Chiu, Pool)

Special Assistant District Attorney David Harris said there was no evidence Nice had a secret motive to get on the Peterson jury.

Harris said defense attorney Mark Geragos actually tried to keep Nice in the selection process after the judge dismissed her because her employer would only pay two weeks for jury service.

After Geragos interjected to say she could serve if she was willing, the judge said Nice could stay if she wanted, Harris said. She then sat back down and eventually became an alternate juror who joined the deliberations after two original jurors were removed.

“She’s trying to leave,” Harris said. “This is not … I really want to be here because I’m gonna secretly get this guy. … If that’s the case, she’s the world’s worst spy because she’s already been excused.”

Geragos relied on her false answers and never would have allowed Nice to stay on the jury had he known about the restraining order, Gardner said.

Harris said Nice truthfully answered questions about her ability to be fair and said she had no opinion based on pretrial publicity.

The judge has 90 days to issue a ruling. 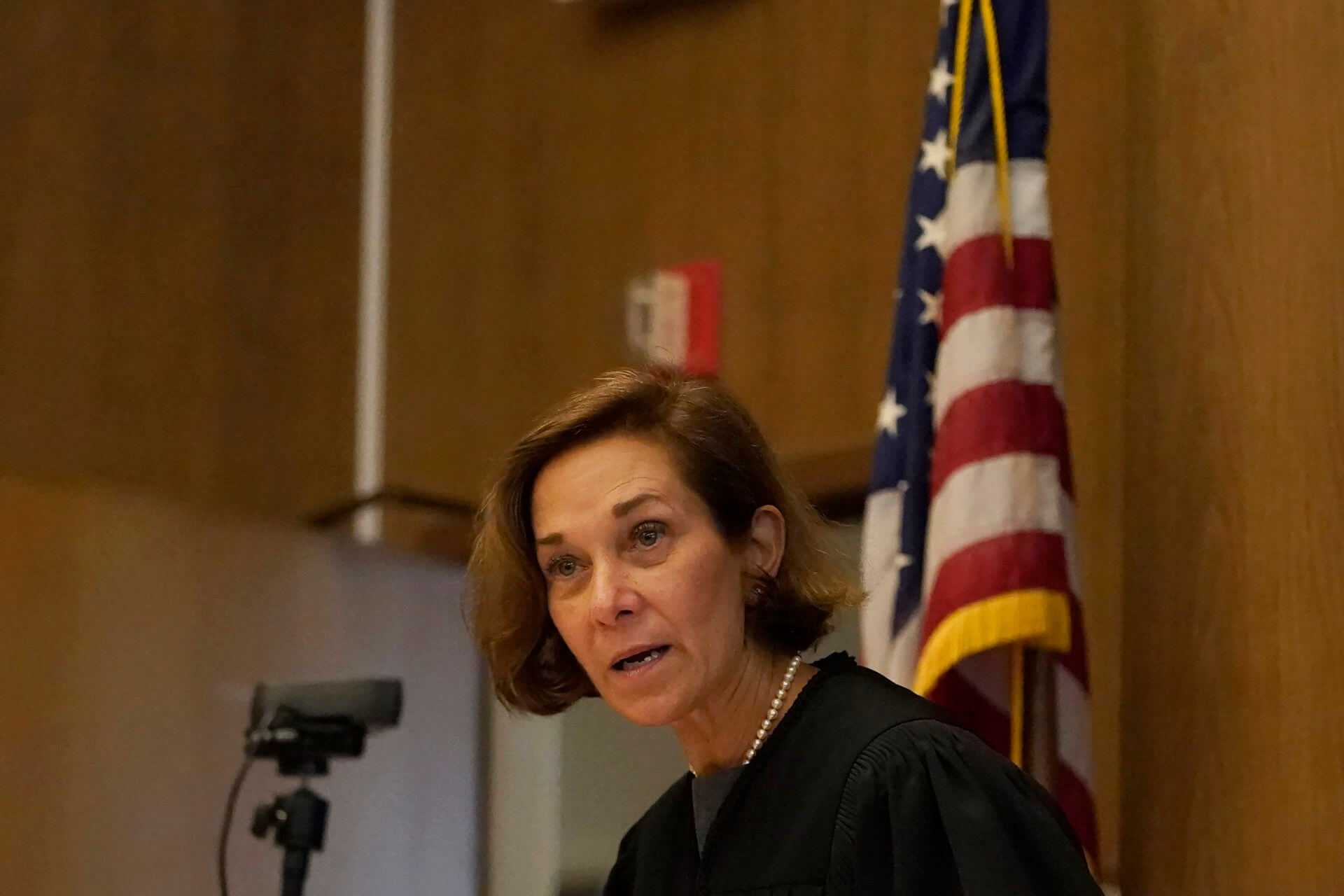 Judge Anne-Christine Massullo speaks at the San Mateo County Superior Court in Redwood City, Calif., Thursday, Aug. 11, 2022. Scott Peterson is in court for a hearing to determine whether he gets a new trial in the murder of his pregnant wife because of juror misconduct. (AP Photo/Jeff Chiu, Pool)
MORE NEWS