CHICAGO (AP) — Jussie Smollett’s conviction for lying to police about a racist, homophobic attack came nearly three years after his report of a horrifying hate crime quickly became part of a polarized political landscape, with people — including the president of the United States — weighing in from all over.

A prosecutor said Thursday’s verdict was “a resounding message by the jury that Mr. Smollett did exactly what we said he did” — recruit two brothers to fake an attack so it could be recorded by a surveillance camera and posted on social media for publicity.

The brothers testified that the former “Empire” actor paid them $3,500 for the hoax and gave them lines to yell, including about “MAGA country,” an apparent reference to then-President Donald Trump’s “Make America Great Again” slogan.

The report made headlines around the world and prompted a massive manhunt in Chicago, with roughly two dozen police joining the investigation. It also drew criticism from Trump, who called the police department’s handling of the case “an absolute embarrassment to our country.”

“Not only did Mr. Smollett lie to the police and wreak havoc here in the city for weeks on end for no reason whatsoever, but then he compounded the problem by lying under oath to a jury,” special prosecutor Dan Webb said after Thursday’s verdict.

Smollett, who is Black and gay, maintained throughout the nearly three-year legal battle that he was attacked in downtown Chicago in January 2019 by people who yelled racist and anti-gay slurs and put a noose around his neck. 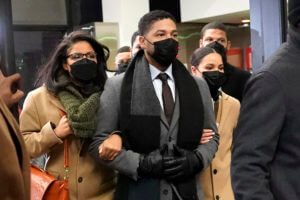 Actor Jussie Smollett, center, leaves the Leighton Criminal Courthouse with unidentified siblings, Thursday, Dec. 9, 2021, in Chicago, following a verdict in his trial. Smollett was convicted Thursday on five of six charges he staged an anti-gay, racist attack on himself nearly three years ago and then lied to Chicago police about it. (AP Photo/Nam Y. Huh)

His attorney declared Smollett’s innocence again Thursday after the jury found him guilty on five of six counts of disorderly conduct for lying to police. Nenye Uche said Smollett would appeal the conviction, and is “100% confident” his name will be cleared by an appellate court.

“Unfortunately we were facing an uphill battle where Jussie was already tried and convicted in the media and then we had to somehow get the jury to forget or unsee all the news stories that they had been hearing that were negative for the last three years,” Uche told reporters after the verdict.

The jury convicted the 39-year-old on five counts of disorderly conduct — for each separate time he was charged with lying to police in the days after the alleged attack. He was acquitted on a sixth count, of lying to a detective in mid-February, weeks after Smollett said he was attacked.

Smollett stood and faced the jury, showing no visible reaction as the verdict was read. He and his family later left the courthouse without comment.

Judge James Linn set a post-trial hearing for Jan. 27, and said he would schedule Smollett’s sentencing at a later date. Disorderly conduct is a class 4 felony that carries a prison sentence of up to three years, but experts have said if convicted, Smollett would likely be placed on probation and ordered to perform community service.

The damage to his personal and professional life may be more severe. Smollett lost his role on the TV program “Empire,” which was filmed in Chicago, after prosecutors said the alleged attack was a hoax, and he told jurors earlier this week, “I’ve lost my livelihood.”

The jury deliberated for just over nine hours Wednesday and Thursday after a roughly one-week trial.

Smollett testified that he was the victim of a real hate crime, telling jurors “there was no hoax.” He called the brothers who testified against him “liars” and said the $3,500 check he wrote them was for meal and workout plans.

His attorneys argued that the brothers attacked the actor because they are homophobic and didn’t like “who he was.” They also alleged the brothers made up the story about the attack being staged to get money from Smollett, and that they said they wouldn’t testify against him if Smollett paid them each $1 million. 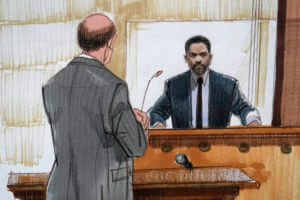 Asked Thursday if Smollett could be charged with perjury for lying on the witness stand, Webb said perjury charges “generally” don’t happen after a defendant is convicted, but that it was unclear what would happen in Smollett’s case.

He also said the Chicago Police Department was vindicated by the jury’s verdict.

“A lot of times people say, ‘Well, police officers sweep things under the rug.’ This police department responded by absolutely testifying in this trial that they took it seriously,” Webb said. “They believed he was a victim of a crime and they worked so hard for the next three weeks.”

But Uche said Chicago police should have investigated the case “much more,” and that there were some witnesses who were never interviewed.

He called the jury’s split verdict “inconsistent,” saying it made no sense for Smollett to be convicted of five counts but not the sixth charge, since “everything stems from one incident.”

An attorney for Abimbola and Olabingo Osundairo, the brothers who testified against Smollett, said her clients “could not be more thrilled and pleased with the results.”

Chicago police “got this one right,” Gloria Rodriguez said. 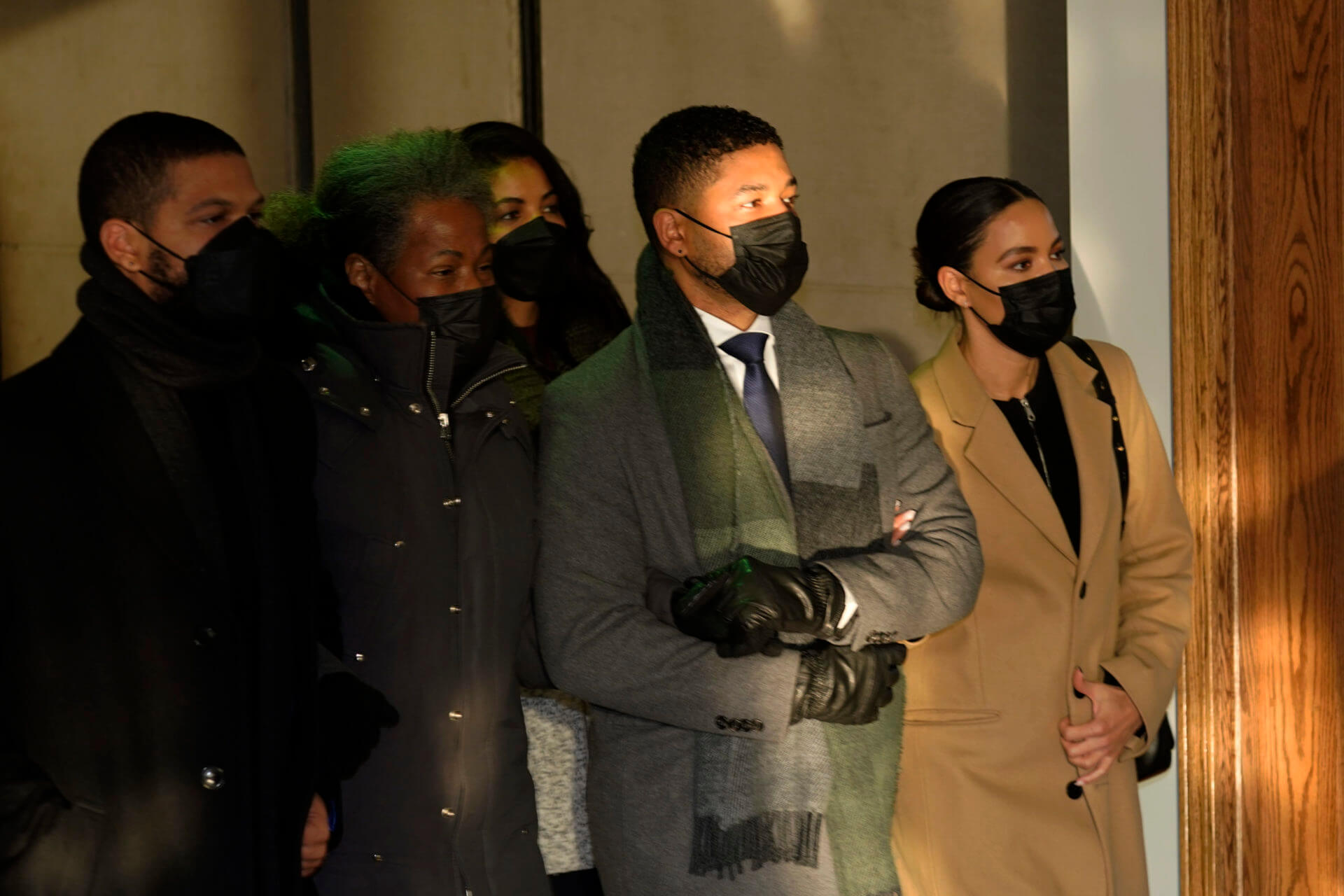