DENVER (KMGH) – The man Longmont police named as a suspect nearly three years ago in the March 2018 disappearance of Rita Gutierrez-Garcia has been charged with her kidnapping and murder, according to court documents.

Juan Jose Figueroa, 32, faces counts of first-degree murder after deliberation, felony murder and second-degree kidnapping in connection with the disappearance of the young mother of three early in the morning of March 18 in the parking lot of 3’s Bar in Longmont. She was last seen by her cousin and an acquaintance around 2:30 a.m. on March 18, 2018. 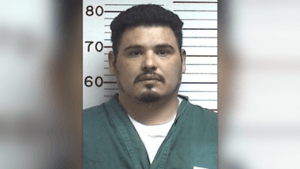 Figueroa was indicted by a grand jury that was empaneled on April 6 of this year and has been working on the case ever since, said District Attorney Michael Dougherty at a noon news conference in which he announced the indictment of Figueroa.

The indictment and probable cause statement provided by the district attorney’s office say Figueroa knowingly kidnapped and killed Gutierrez-Garcia and that the two had been inside the same nearby bar at one point in the night and in the same area when she was last seen.

Further, the documents show, Figueroa’s truck was seen driving on Longs Peak Ave just after 3 a.m. and Gutierrez-Garcia’s phone was traveling on the same path. Dispatch received a 911 hang-up call from her phone at 3:07 a.m., but called back twice and got no answer. It went off the network three minutes later near 3rd Ave. and Vivian Street in Longmont.

Officials have said for years they believe Gutierrez-Garcia is dead despite her body never having been found. Longmont police named Figueroa as a suspect in her disappearance after he was arrested in a separate sex assault and strangulation case stemming from an incident in November 2017 also near a Longmont bar.

He fled to Texas and then Mexico after he was named as a suspect, according to the court documents, and “stated he was in trouble.” But he was arrested on a warrant in the 2017 incident when trying to re-enter the country. When he was told the warrant was on a sex assault charge, Figueroa reportedly responded, “That’s the only warrant? That’s it? …Just Sex Assault? …Sweet (claps) let’s get this over and done with so I can get my bond, get it posted.”

A forensic search of Figueroa’s truck by the Colorado Bureau of Investigation found DNA consistent with Gutierrez-Garcia inside that was believed to be hers, the documents state. He also allegedly admitted to a fellow cellmate that he had admitted to strangling Gutierrez-Garcia and disposing of her body before going to his sister’s house around 8 a.m. on March 18. He said she had called him a “weirdo” and that he punched and strangled her before killing her, according to the documents.

Police also learned from the cellmate that her body was “in an area not accessible to the public” and were able to get a court order to tap his phone in prison.

“During the recording, Figueroa could be heard talking about how he had burned his clothing and extensively cleaned his truck in order to avoid detection,” the court documents state. “A witness before the Grand Jury testified that Figueroa started a fire or stood next to a fire in [redacted] fireplace in the days after Gutierrez-Garcia went missing. Figueroa also stated that he had buried the body and that the only way anyone would find it is if police inserted a probe into his brain.”

Figueroa was convicted of multiple sex assault counts, attempted murder, first-degree assault and other charges in 2019 after his arrest in the separate 2017 case.

The court documents released Friday in the Gutierrez-Garcia case say Figueroa also met the 2017 victim at a bar, took her back to his apartment and strangled and sexually assaulted her before she was able to escape.

The Colorado Department of Corrections database shows Figueroa is serving 48 years to life in prison on the sex assault counts and more prison time for the other counts at the Buena Vista Correctional Complex.

Dougherty said at the noon news conference that Gutierrez-Garcia was a “loving mom, daughter and sister” and called the indictment a “step we’re taking in the march forward in justice for Rita.”

He called Friday a good day for the family in terms of there being charges in Rita’s disappearance but also “an incredibly sad day.” Gutierrez-Garcia’s mother, Dianne Romero, and her sister, Jessica, were among the family members present for the announcement. Gutierrez-Garcia’s three sons remained inside the DA’s Office.

Dougherty praised the extensive investigation by the Longmont Police Department and his office, particularly Longmont PD Detective Cody Clark, who led the investigation. But he also praised the family for getting out in the community and talking about Gutierrez-Garcia, which he said helped generate leads. Dougherty called them “incredibly strong and courageous.”

“The family put the trust in the Longmont Police Department and worked really closely with detectives and command staff in the years since she disappeared to be sure we all were united in doing what we can,” Dougherty said.

He said from Day 1, investigators did not believe she had gone missing on her own free will and said the prosecution and conviction of Figueroa in the 2017 sex assault case helped move Gutierrez-Garcia’s case forward.

Dougherty said he was confident that despite her body still never having been found, the grand jury, police and prosecutors put together a strong case against Figueroa with the wiretap, DNA evidence and more.

Longmont Police Deputy Chief Jeff Satur said he was honored to bring the information about the indictment forward. “Recognize we’re doing this for Rita and her family, and we’re going to do everything we can to bring this case to a successful conclusion,” he said. “…It’s been a little more than three years, and the family has been so gracious. They have stood by us and they trusted us. And that means a lot to be here today,” Satur said. 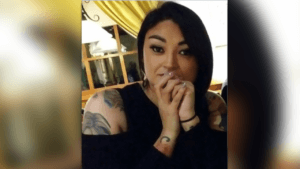 This photo provided by KMGH shows Rita Gutierrez-Garcia, who disappeared in March 2018. Authorities announced Juan Jose Figueroa has been charged with her kidnapping and murder. (KMGH)

Romero, Gutierrez-Garcia’s mother, thanked Longmont police and the district attorney’s office for the work, as well as the press that has followed the story.

“So, I’d just like to thank everyone. Thank you,” she said, going on to say the family was grateful for the indictment but that it has been a hard road that won’t get easier until the case is resolved and her daughter is found.

“It is a joyous day. I’ve been praying for this day, so God has given this to me. But at the same time, it’s heartbreaking because I still don’t have my daughter,” Romero said. “There’s still a road to be traveled. And we’ll get there. We’ll get the justice that we’ve been wanting. I’m still praying, and I know the Longmont Police Department has not given up on the fact that my daughter will be found.”

“I never doubted you guys. I always knew we would reach our moment of victory. I know this is just the beginning, but we are on our way. I just want everybody to not forget Rita. Remember her … not as a victim. She’ll be victorious. She’s not going to be a victim. She’s going to win still. We’re going to win,” she said.

Satur said in 2018 that investigators had information that Gutierrez-Garcia’s remains may be between Longmont and Rollins Pass. A year after Gutierrez-Garcia went missing, a bench was installed honoring her memory in Thompson Park.

“There’s hundreds of miles of dirt roads up there,” he said. “Four-wheel drive trails. So if you live in Boulder County, if you’re hiking in Boulder County and taking a day trip, find an isolated road somewhere and walk the ditch for us.”

Satur said Friday that the $10,000 reward for information on where Gutierrez-Garcia’s body is located is still active. People can call 303-651-8501 and ask for Det. Clark to submit information.

This story was originally published June 4, 2021, by Blair Miller of KMGH in Denver.