TULSA, Okla. (AP) — An Oklahoma woman whose two young children wandered from their apartment and drowned has pleaded guilty to reduced charges in the case. 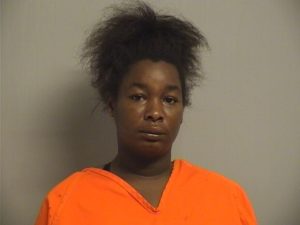 Donisha Renee Willis, 24, agreed Monday to two child neglect charges in the May 2020 deaths of 3-year-old Miracle Crook and 21-month-old Tony Crook Jr., according to court records. The charges were reduced from second-degree murder counts.

Willis, of Tulsa, also pleaded guilty to assaulting a police officer for kicking an investigator during questioning. She was sentenced to 10 years in prison.

Brewster did not immediately return a phone call to The Associated Press.

Police have said Willis, who did not have custody of the children, broke into an apartment where the children were staying with a caretaker. The caretaker left the apartment and later returned with the legal guardian to find Willis passed out on a couch and the children missing, police said.