FORT LAUDERDALE, Fla. (AP) — During his middle school years, Florida school shooter Nikolas Cruz frequently cursed at teachers and made threats, and his drawings of gunshot victims were so disturbing that one teacher kept them for years, turning them over to authorities immediately after he massacred 17 people, evidence presented Tuesday at his penalty trial showed.

Cruz called girls and female teachers derogatory names, interrupted lessons and dashed from classrooms, according to the reports, which noted that teachers repeatedly called campus security about his behavior.

Under questioning from Cruz attorney Tamara Curtis, Flournoy said she was never made aware of the teachers’ reports.

“It would have been helpful,” she said.

But Marcus also showed Flournoy notes from one of her own meetings with Cruz during which he told her that if “the ship was going down,” he “wanted to be known for something.”

Cruz, 23, pleaded guilty in October to murdering 14 Stoneman Douglas students and three staff members on Feb. 14, 2018, when he was 19. The seven-man, five-woman jury will decide whether he is sentenced to death or life without parole. They must be unanimous to impose a death sentence.

His public defenders are in their second week of presenting testimony about Cruz’s troubled life — from his birth to a crack-addicted, hard-drinking prostitute who put him up for adoption to a childhood fraught with emotional and psychological problems that witnesses said were never adequately addressed. 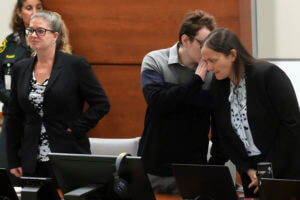 Their defense strategy is aimed at counteracting the emotional, gruesome and graphic evidence and testimony the prosecution presented over three weeks as it laid out the killings and how Cruz planned the attack.

Flournoy testified that when she initially met with Cruz in sixth grade, he tried hard to get good grades, behave and make friends but he struggled. Cruz, who was diagnosed with attention deficit hyperactivity disorder, had trouble focusing and staying organized, she said.

Flournoy said Cruz was extremely anxious — something elementary teachers also said in earlier testimony — and feared other students would discover he was doing poorly. She said when teachers returned homework and tests, he would quickly stuff the papers into his backpack without looking so no one else would see. He was embarrassed to raise his hand to get help, so Flournoy and his teachers devised a system where he would place a blue note card on his desk when he needed assistance.

She said by eighth grade, she knew his conduct had deteriorated: He was escorted by staff to class and accompanied by them at lunch, and at one point destroyed a bathroom sink.

But Flourney said she did not know the full extent of Cruz’s conduct until Marcus brought out the incident reports. And she said she did not remember ever being told that one Westglades teacher feared Cruz so much that she would not have him in her classroom unless an assistant principal or behavior specialist was present. Flournoy also said she never knew about the drawings of gunshot victims that a teacher kept.

Marcus then asked her to read aloud some entries from the reports. They included:

__ Instead of completing a vocabulary assignment, Cruz drew stick figures with genitalia and of people shooting each other on the worksheet.

__ During lessons about the Civil War, Cruz became overly excited by President Abraham Lincoln’s assassination, asking did the gunshots go “pop, pop, pop really fast and was there blood everywhere?” When discussing soldiers killed during the war, he asked, “Did they eat them?”

__ One teacher reported that “Nikolas will find any excuse to bring up shooting guns or violence.” When a student in that class wrote that Jesus was his hero, Cruz yelled out an obscenity. When told he would need to have security escort him to the bathroom, he replied that he hated the guards “and I hope they die,” then swore.

__ During a discussion about a book, he told the class he disliked it but “I like guns. Can we talk about that?” He then disrupted the class by tossing paper balls, cursing and throwing a pen cap and a pencil sharpener at other students.

__ During class, Cruz claimed he was bored and began blowing a party horn. When the teacher asked him to hand it over, he broke it.

Cruz was eventually sent to a school for students with emotional and behavioral problems before he was allowed to attend Stoneman Douglas. He was expelled from the high school a year before the shooting. He was never committed to a mental hospital.

The trial resumes Wednesday afternoon and is expected to last into October. 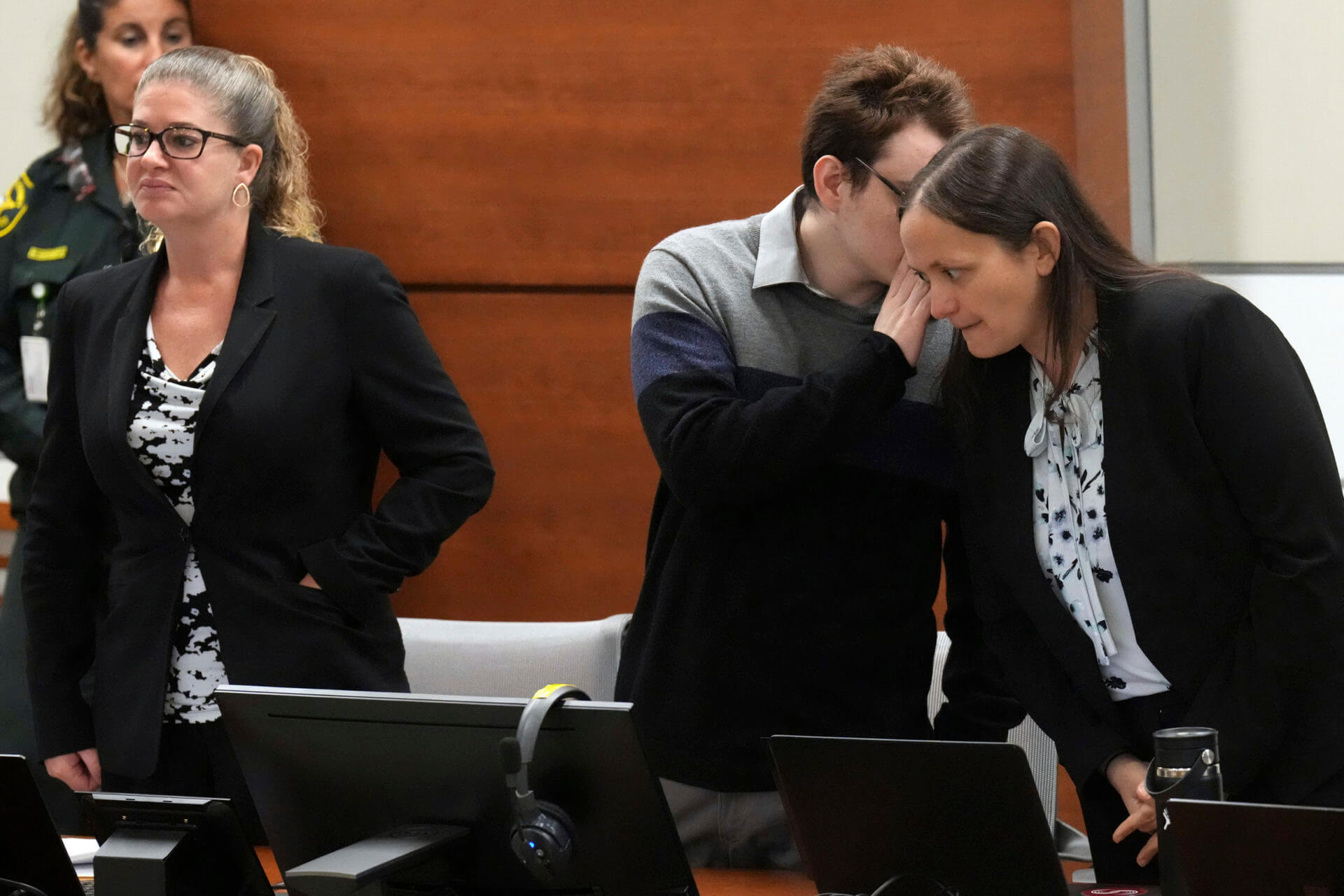