By Emanuella Grinberg and Lenn Thornhill

MCKINNEY, Texas — A Texas mother of two is claiming self-defense against accusations that she fatally shot her husband in cold blood with their children in the home, then fled.

36-year-old Morgan Leigh Sims is charged with murder in the April 2018 shooting death of her husband, DaRay Sims, a college football star in the early 2000s who played for Abilene Christian University. 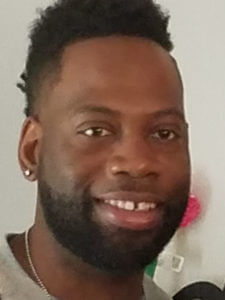 Authorities found DaRay Sims’ naked body on the master bathroom floor of the couple’s home after responding to a disturbance call on April 20. The caller said his sister and her husband were “arguing and fighting.” Minutes later, Morgan Sims’ mother reportedly called 911, saying her daughter had just shot DaRay Sims and the couple’s children, ages 2 and 6, were inside the home.

Deputies found Morgan Sims a few miles away from the scene, where she told them she was defending herself in an abusive situation, according to The Dallas Morning News.

According to a probable cause affidavit, the couple’s daughter told authorities her father went into the shower after he and Morgan Sims were fighting about him allegedly cheating. While he was in the shower, the daughter said her mother got a gun out of a safe and sent the two children into the living room to watch a movie.

From the living room, the daughter said she heard a gun go off several times, and her father said, “she got me.” The order of events is unclear from the affidavit, but at some point, the daughter said she entered the bathroom and saw her father lying on the floor surrounded by drops of blood, while her mother hid a gun behind her back. When Morgan Sims exited the bathroom, she allegedly asked her daughter if she was OK, and the child said she heard a bullet fall to the ground. The child said her mother told her that her father got sick and passed out, to which the daughter allegedly responded, “No, you were hurting him.” 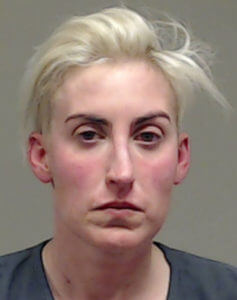 Prosecutors claim Morgan Sims was the abusive partner in the relationship, and intend to introduce evidence of the defendant’s behavior toward her husband and other men.

Jury selection was scheduled to begin Monday, August 23. Sims’ trial has been continued to November 1.