(KGTV) — Oscar-winning director Warren Beatty is accused of sexually assaulting a teenage girl in 1973, according to a lawsuit obtained by The New York Times.

The lawsuit reportedly claims that Beatty groomed the teenager after they met on a film set. 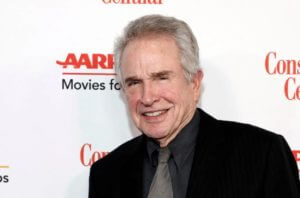 The New York Times Reports that the lawsuit says the girl was 14 and 15 when Beatty coerced her into performing sexual acts.

Representatives for Beatty have not publicly commented on the lawsuit.

According to Variety, the woman is seeking compensation for psychological, mental and emotional distress.

She reportedly filed the lawsuit under a California law that temporarily overrides the statute of limitations.

Beatty’s Hollywood career spans more than 50 years. He famously played Clyde Barrow in “Bonnie and Clyde” in 1967. He won an Oscar for Best Director in 1981 for his work on “Reds.”

This story was originally published Nov. 10, 2022 by KGTV in San Diego.