KANKAKEE, Ill. (AP) — A woman convicted in the 1987 kidnapping and death of a northern Illinois businessman has been granted a re-sentencing hearing by the state’s appellate court.

Nancy Rish, 59, petitioned in December 2017 for a resentencing hearing so that the court can consider evidence of domestic violence. Stephen Small of Kankakee suffocated in a plywood box when a breathing tube running to the surface failed before a ransom could be paid. 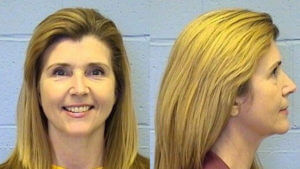 Her attorneys argued Rish was coerced by ex-boyfriend Daniel Edwards into driving him and that she was unaware of his kidnapping plan even as he had her pick him up from the remote, wooded burial site and drive him between phone booths where he made ransom calls.

The attorneys argued her case is what Illinois legislators had in mind when they passed legislation in 2015 giving abuse victims who had been sentenced to prison for crimes a break on their sentences.

In its ruling Thursday, the court noted the state maintained the trial court’s sentence rested on the “horrific nature of the crime in which (defendant) played an integral part” and that the evidence of domestic violence could not overcome the seriousness of the crime.

“This is the first time in 33½ years that she’s gotten a ruling that may result in her sentence being reduced from natural life,” Margaret Byrne, a private attorney who is representing Rish pro bono, told the Chicago Tribune.

Rish was sentenced to life in prison after a jury trial in 1988. Edwards was convicted and sentenced to death. The sentence was commuted to a life term by then-Gov. George Ryan as Illinois moved toward ending the death penalty.

Rish, an inmate at Logan Correctional Center in Lincoln, has maintained her innocence through more than three decades of legal losses. In July 2019, Kankakee County Judge Michael Sabol rejected Rish’s petition for a re-sentencing, rejecting the argument a new sentence was warranted because of a change in Illinois law.