At just 28, rapper Takeoff had cultivated a rich hip-hop legacy with Migos — along with a reputation as the trio’s most lowkey member — before he was killed in a shooting early Tuesday. 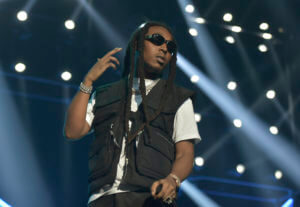 FILE – Takeoff of the group Migos performs during the 2019 BET Experience in Los Angeles on June 22, 2019. Houston police say one person was fatally shot and two others injured early Tuesday at a private party attended by members of the rap group Migos. Police responded shortly after 2:30 a.m. to reports of a shooting at 810 Billiards & Bowling in Houston. Once there, officers found one man dead. Police would not identify the person killed. (Photo by Richard Shotwell/Invision/AP, File)

Takeoff was pronounced dead at the scene outside a Houston bowling alley, police there said at a press conference Tuesday afternoon. No arrests had been made, and police were imploring witnesses to come forward with information.

Born Kirsnick Khari Ball, Takeoff grew up in suburban Atlanta — Gwinnett County was less than flatteringly name-checked in a couple Migos tracks — alongside the two other members of the group. Quavo was his uncle and Offset was his cousin, and the trio was raised in large part by Takeoff’s mom.

Takeoff was the youngest of the three, and viewed as the most laidback member. He didn’t appear in headlines at the rate of Offset, who is married to Cardi B, and he wasn’t in high demand as a featured act on top 10 tracks like Quavo, who has guested on hits with Post Malone, DJ Khaled and Drake.

Quavo and Offset have also both released solo albums, unlike Takeoff. But despite being more reserved, he did a lot of his talking through his rhymes. He had hoped to gain more respect for his lyrical ability through “Only Built for Infinity Links,” an album he released with Quavo just last month.

“It’s time to give me my flowers,” Takeoff said on a recent episode of the podcast “Drink Champs,” acknowledging his reputation as “chill.” “I don’t want them later on when I’m not here.”

Migos broke out nearly a decade ago with the 2013 hit “Versace,” which hit even greater heights in popularity though a Drake remix. The group had other radio-friendly singles such as “Bando” and “Hannah Montana.” The trio later earned Grammy nominations for best rap album with 2018’s “Culture,” while a track off it, “Bad and Boujee” nabbed a nod for best rap performance.

But the hit — which charted No. 1 on the Billboard Hot 100 and was shouted out in “Atlanta” creator Donald Glover’s Golden Globes acceptance speech — didn’t actually include Takeoff. Quavo said during an interview that Takeoff — who was sitting next to him — was left off “Bad and Boujee,” which did feature Lil Uzi Vert, because of “timing.” He said the song was rushed out on Soundcloud because the group didn’t have fresh music out at the time. 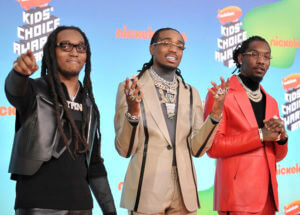 FILE – Takeoff, from left, Quavo and Offset, of Migos, appear at the Nickelodeon Kids’ Choice Awards in Los Angeles on March 23, 2019. A representative confirms that rapper Takeoff is dead after a shooting outside of a Houston bowling alley. Takeoff, whose real name was Kirsnick Khari Ball, was 28. (Photo by Richard Shotwell/Invision/AP, File)

Nonetheless, Takeoff’s musical presence played a major role in helping the Migos become one of the most popular hip-hop groups of all time. The trio took flight with their rapid-fire triplet flow, a rap style when three notes are performed in one beat that they helped popularize.

Quavo and Takeoff put out a Halloween-themed music video for “Messy” just a day before Takeoff’s death. The video, which begins with Takeoff waking up and recounting a messy dream, had racked up around 1.5 million views by Tuesday afternoon.

The duo were both in Houston on Monday. Quavo, who posted a video of himself driving around the city with friends to his Instagram story, had yet to comment publicly. Offset had not released a statement either.

Houston Police Chief Troy Finner said he received many calls about Takeoff after the shooting.

“Everyone spoke of what a great young man he is, how peaceful he is, what a great artist,” Finner said. He wouldn’t speculate on whether Takeoff was the intended target, and asked “everyone to understand the pain, the suffering of” Takeoff’s mother.

Takeoff’s last post on social media was a photo posted just before the shooting on his Instagram story. It was a photo of himself, soundtracked by Playboi Carti’s “Stop Breathing.” 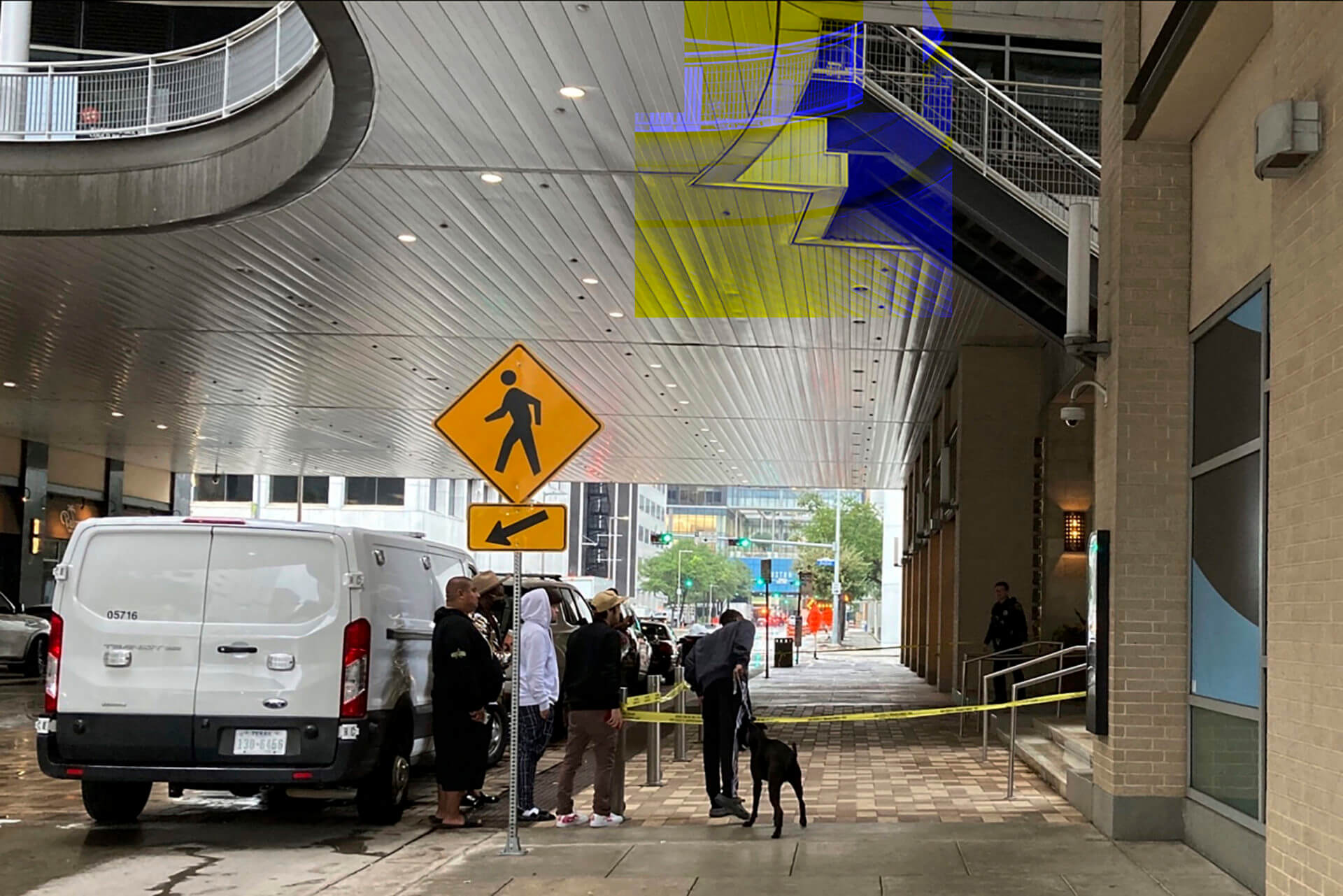 Fans of Migos rapper Takeoff looked on Tuesday, Nov. 1, 2022 as Houston police were at the scene of a shooting at a retail complex in downtown Houston. A representative of the group Migos has confirmed that Takeoff was killed during a shooting at a bowling alley at the three-story retail complex. (AP Photo/Juan Lozano)
MORE NEWS