HOUSTON (AP) — An attorney for a man accused of fatally shooting rapper Takeoff last month said Monday that the musician’s death outside a Houston bowling alley was a tragedy but that her client says he’s innocent of the crime. 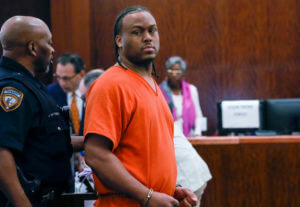 Patrick Clark, accused in the death of Migos rapper Takeoff in downtown Houston, makes his first appearance in court on Monday, Dec. 5, 2022 at the Criminal Courthouse in Houston. (Raquel Natalicchio/ /Houston Chronicle via AP)

Patrick Xavier Clark, 33, made a brief court appearance in which prosecutors and his defense attorneys agreed to hold a bond reduction hearing on Dec. 14. Clark was arrested on a murder charge last week and is jailed on a $2 million bond.

Clark, handcuffed and dressed in orange jail clothing, did not say anything during Monday’s hearing. Letitia Quinones, one of Clark’s attorneys, told reporters after the hearing that Clark is feeling “nervous and he’s concerned” because “he’s being charged with something that he believes he’s innocent of, so how would anyone do in that type of circumstance?”

Takeoff, 28, was shot in the head and back as more than 30 people were leaving a private party at the bowling alley. Houston police said at a news conference Friday that the gunfire followed a disagreement over a “lucrative” game of dice around 2:30 a.m. on Nov. 1, but that Takeoff was not involved and was “an innocent bystander.”

Police have said another man and a woman suffered non-life-threatening gunshot injuries, and that at least two people opened fired. Police said investigators are still trying to track down witnesses.

Houston Police Chief Troy Finner said last week that investigators didn’t know whether Clark was invited to the party or if he knew Takeoff. Clark works as a DJ, according to court records.

Asked Monday if Clark knew Takeoff, Quinones said, “We really don’t want to go into the facts at this point.”

She said that Takeoff’s death was a “tragedy and it’s happening well too often in our communities.”

“There is a lot of investigation that needs to be done. … So, we just ask that everyone keep an open mind and let the system do its part and let the Constitution do its part and that is, right now he’s innocent until he’s proven guilty,” Quinones said. 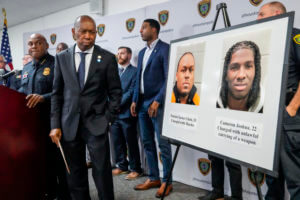 Houston Police Chief Troy Finner, left, and Mayor Sylvester Turner announce an arrest in connection with the fatal shooting Kirsnick Khari Ball, commonly known as Migos rapper Takeoff, during a news conference on Friday, Dec. 2, 2022, in Houston. Police announced the arrest of Patrick Xavier Clark, 33, who has been charged with murder in the case. (Brett Coomer/Houston Chronicle via AP)

Court records indicate Clark was arrested as he was preparing to leave the country for Mexico after getting an expedited passport and that he had a “large amount” of cash.

Quinones said that Clark had been planning to go to Mexico on a vacation but had canceled his trip before his arrest.

In the weeks before his death, Takeoff and Quavo put out “Only Built for Infinity Links.” Takeoff hoped the joint album would build respect for his lyrical abilities, telling the “Drink Champs” podcast, “It’s time to give me my flowers.” 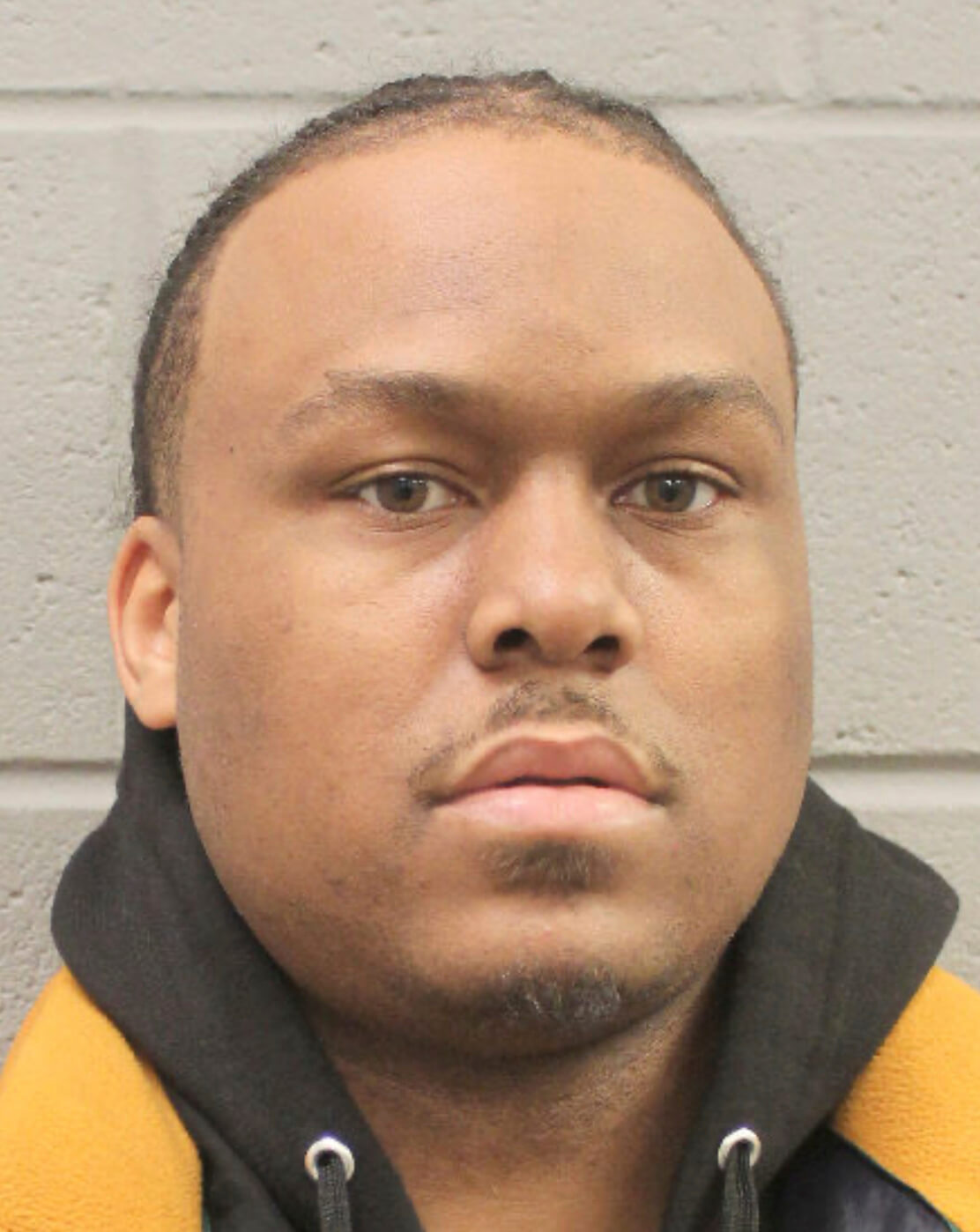 This image provided by the Houston Police Dept., shows Patrick Xavier Clark, 33, who arrested in the fatal shooting of rapper Takeoff, who was killed last month outside a bowling alley in Houston. (Houston Police Dept. via AP)
MORE NEWS