LOS ANGELES (AP) — The father of Kristin Smart, the California Central Coast college student who vanished from campus 26 years ago, says a murder conviction hasn’t ended the “agonizingly long journey” to find the truth about his daughter.

“Without Kristin, there’s no joy or happiness in this verdict,” Smart’s father, Stan Smart, said at a news conference after a jury on Tuesday found Paul Flores — the last man seen with Smart — guilty of first-degree murder.

Prosecutors contended that Flores killed Smart, then 19, while trying to rape her in his dormitory room at California Polytechnic State University, San Luis Obispo, where they were first-year students. His attorney argued that prosecutors used an outlandish conspiracy theory and “junk science” to accuse him and his father, who was charged with concealing Smart’s body to hide the crime.

Flores, who is 45, could face 25 years to life in prison when he is sentenced on Dec. 9. His attorney, Robert Sanger, declined to comment on the verdict Tuesday.

A day earlier, a separate jury acquitted Ruben Flores, 81, who was accused by prosecutors of burying Smart’s body under the deck of his house in the nearby community of Arroyo Grande for years but later digging up and moving it.

Her body has never been found.

Both verdicts were announced Tuesday. 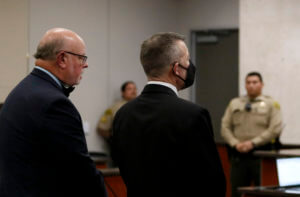 “After 26 years, with today’s split verdict, we learned that our quest for justice for Kristin will continue,” Smart’s father said. “This has been an agonizingly long journey, with more downs than ups.”

However, he also thanked both juries for their diligence and said his faith in the justice system “has been renewed.”

“Know that your spirit lives on in each and every one of us, everyday,” he said of his daughter. “Not a single day goes by that you aren’t missed, remembered, loved and celebrated.”

Smart disappeared from campus over Memorial Day weekend in 1996. The father and son weren’t arrested until 2021. Their attorneys had suggested that someone else killed her or even that she may still be alive, although Smart was legally declared dead in 2002.

“This case will not be over until Kristin is returned home, and we have committed to that from the beginning,” he said. “We don’t take a breath. We do not put this aside.”

Paul Flores was seen with Smart on May 25, 1996. The defense said Flores was seen helping Smart walk to her dorm after she became drunk at an off-campus party. Prosecutors suggested she may have been drugged and that Flores took her to his own room where he killed her during an attempted rape.

Paul Flores had long been considered a suspect in the killing. He had a black eye when investigators interviewed him. He told them he got it playing basketball with friends, who denied his account, according to court records. He later changed his story to say he bumped his head while working on his car.

During Paul Flores’ trial, the prosecution also told jurors that four cadaver dogs had alerted to the “smell of death on his mattress” but Sanger called it “junk science” and noted there wasn’t any forensic evidence of Smart having been in the room.

“This case was not prosecuted for all these years because there’s no evidence,” Sanger said during closing arguments. “It’s sad Kristin Smart disappeared, and she may have gone out on her own, but who knows?” 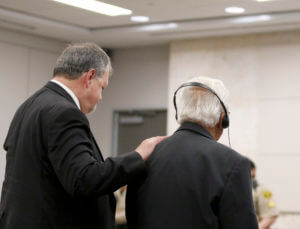 Investigators conducted dozens of fruitless searches for Smart’s body over two decades. In the past two years they turned their attention to Ruben Flores’ home.

Behind latticework beneath the deck of his large house on a dead end street, archaeologists working for police in March 2021 found a soil disturbance about the size of a casket and the presence of human blood, prosecutors said. The blood was too degraded to extract a DNA sample.

After Tuesday’s verdict, Ruben Flores maintained that both he and his son are innocent and said he feels badly that Smart’s family will never have a resolution. He said the case was about feelings, not facts.

“We don’t know what happened to their daughter,” he told reporters.

“They’ve had searches and everything,” he said. “They come to my house and say she was buried here, and that’s a surprise to me.”

“He should have never been charged,” said his attorney, Harold Mesick. “It would be nice if the community would actually honor the presumption of innocence. There is so much animosity toward this man and his family.”

The trial was held in Salinas, 110 miles (177 kilometers) north of San Luis Obispo. A judge agreed to move it after the defense argued that it was unlikely the Floreses could receive a fair trial with so much notoriety in the city of about 47,000 people. 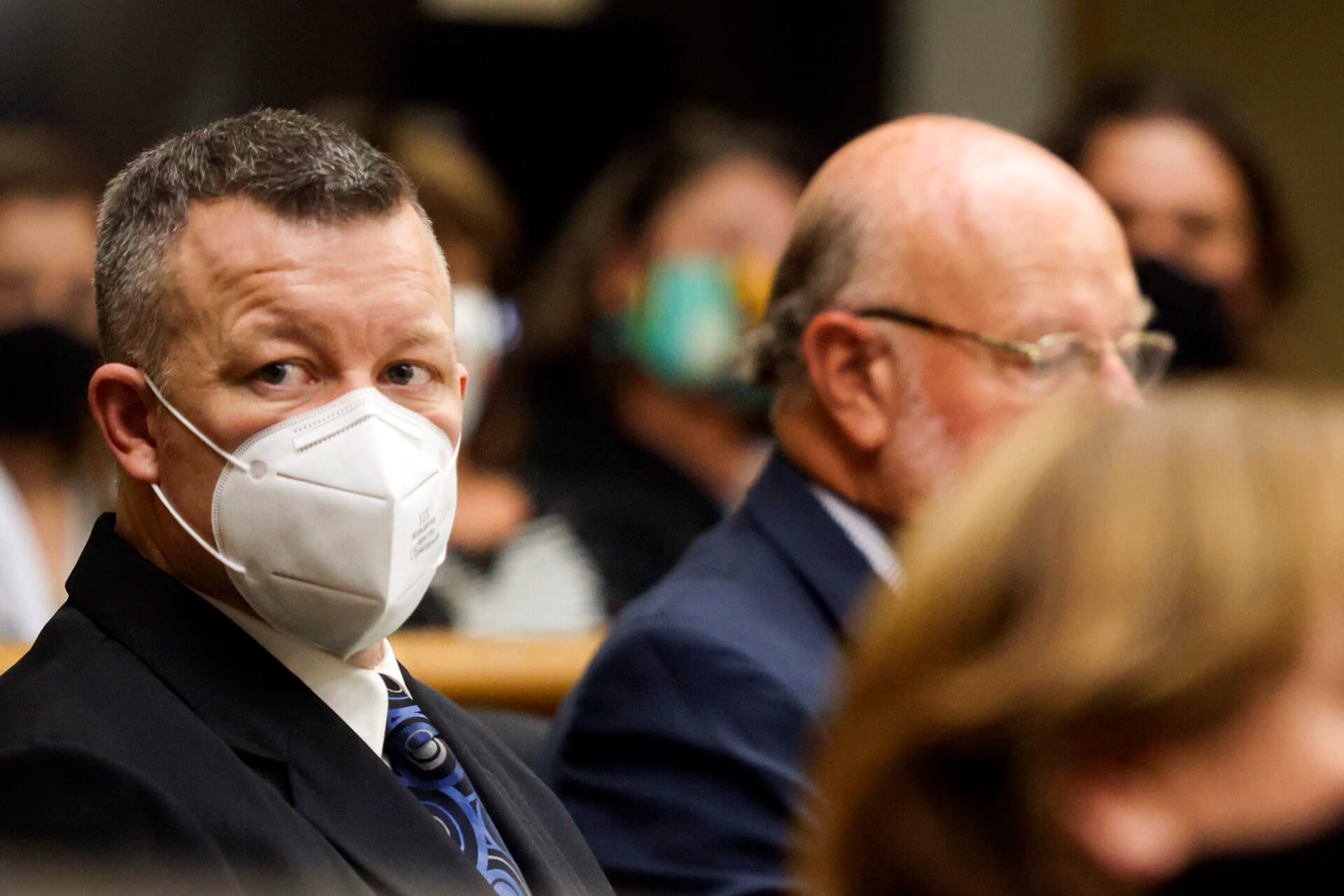 FILE - Paul Flores looks on at the second day of his preliminary hearing, Aug. 3, 2021. He is accused in the murder of Cal Poly student Kristin Smart. On Tuesday, Oct. 18, 2022, jurors unanimously found Flores guilty of first-degree murder, the San Luis Obispo Tribune reported. His father, Ruben Flores, was charged as an accessory in a separate trial for allegedly helping to conceal the crime. A verdict was also expected in his trial. (David Middlecamp/The Tribune (of San Luis Obispo) via AP, Pool, File)
MORE NEWS