CONCORD, N.H. (AP) — Investigators have narrowed the window of the disappearance of a New Hampshire girl missing since late 2019 at age 5 to a 13-day period coinciding with the eviction of her father and stepmother from their home, with witness accounts of the family living in cars, the attorney general’s office said Monday.

Adam and Kayla Montgomery, together with their two children of their own and Adam’s daughter, Harmony Montgomery, were evicted from the Manchester home on Nov. 27, 2019, the office said in a news release. Police searched the home earlier this month, but have released no further information. 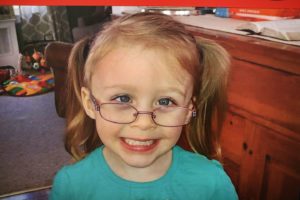 “Multiple individuals have reported seeing Harmony with Adam and Kayla in the following days; however, by approximately December 6–10, 2019, Adam and Kayla apparently had only their two common children, and Harmony was no longer with them,” the news release said.

“This information leads police to believe that it was sometime during this window of approximately November 28–December 10, 2019, that Harmony Montgomery disappeared.”

The witnesses reported that during that time, Adam and Kayla Montgomery and the children were homeless and living out of cars. The attorney general’s office provided a description and photos of a silver 2010 Chrysler Sebring, and a dark blue 2006 Audi S4.

In court Monday during an appearance for Kayla Montgomery, Assistant Attorney General Jesse O’Neill told a judge “there’s no evidence” that Harmony Montgomery was with her mother after Thanksgiving 2019 — or long before that.

He said that Harmony’s mother has been “extremely cooperative” in the investigation. She first reported her daughter was missing last November, and that she had last seen her during a FaceTime conversation in Easter 2019.

Kayla Montgomery pleaded not guilty on Monday to charges that she lied last year that Harmony was in her household to claim food stamp benefits.

O’Neill asked Monday that Kayla Montgomery’s $5,000 cash bail continue, saying she was a flight risk and that “she knows what law enforcement is closing in on.” 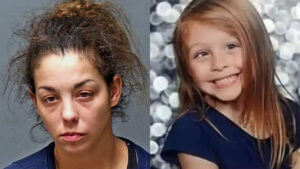 Kayla Montgomery, now estranged from Adam Montgomery, told police on New Year’s Eve that she believed Harmony had been returned to her mother back in 2019 after that Thanksgiving and never saw or heard about her again.

“Whatever is suggested to or alluded to by the state is not before the court. It is not an allegation facing Ms. Montgomery,” said her lawyer, Paul Garrity.

Garrity said that Kayla Montgomery has appeared in court in past years on various misdemeanor charges and has strong ties to the Manchester area. He suggested that she would qualify for release to be part of a residential program with her children that’s described on its website as offering “clinically-intensive rehab treatment” for substance use disorders.

Kayla and Adam Montgomery’s children — they now have three — are currently living with Kayla Montgomery’s mother in Manchester. The judge took the matter under advisement.

Adam Montgomery, 31, was charged earlier this month with several counts, including failing to have Harmony in his custody. He pleaded not guilty and has been jailed without bail.

Manchester police said they last saw Harmony in September 2019, during a call to the house.

Police are still requesting help from the public in locating Harmony. Anyone with information can call 603-203-6060, he said. Manchester police have also said a reward for information that helps find Harmony has also grown to $144,000. Harmony’s great-uncle also started a fundraising effort.