ROWLAND, N.C. (AP) — A North Carolina man has been charged in the shooting death of his ex-wife 12 years ago, authorities announced Thursday. 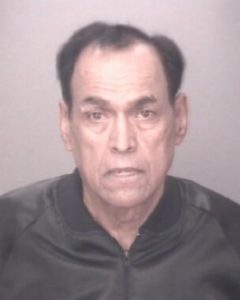 The victim was identified as Linda Brooks Hammond, 56, of Lexington, the sheriff’s office said. She had been reported missing to the Lexington police department just before she was found.

Authorities said their investigations led them to Hammond’s ex-husband, 71-year-old Michael Hammond, and he was arrested Wednesday at his Rowland home. He’s charged with first-degree murder, kidnapping, robbery with a dangerous weapon and burglary.

He’s being held without bond. It’s not known whether Hammond has an attorney to comment on his behalf.