FORT LAUDERDALE, Fla. (AP) — The prosecutor seeking the death penalty for the gunman who massacred 17 people at a Parkland, Florida, high school detailed for jurors Monday how Nikolas Cruz coldly mowed down his victims, returning to some as they lay wounded to finish them off with a second volley.

Some parents wept as prosecutor Mike Satz described in his opening statement how Cruz killed their children at Marjory Stoneman Douglas High School on Feb. 14, 2018. Others sat stoically, their arms crossed over their chests. One woman who lost her daughter fled the courtroom, sobbing and holding tissue to her face. 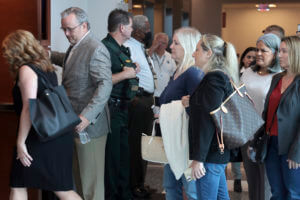 Satz’s comments came at the start of the trial to determine whether Cruz is executed or serves life in prison without parole.

The prosecutor’s presentation went over how Cruz shot each of the 14 students and three staff members who died and some of the 17 who were wounded. Some were shot sitting at their desks, some as they fled and some as they lay bleeding on the floor while the former Stoneman Douglas student methodically stalked through a three-story building for almost seven minutes with an AR-15 semi-automatic rifle.

Cruz, 23, pleaded guilty in October to murder and attempted murder and is contesting only his sentence. The trial, which is expected to last four months, was supposed to begin in 2020, but it was delayed by the COVID-19 pandemic and legal fights.

Satz called the murders cold, calculated, cruel and heinous, quoting the video Cruz, then 19, made three days before the shooting.

“This is what the defendant said: ‘Hello, my name is Nik. I’m going to be the next school shooter of 2018. My goal is at least 20 people with an AR-15 and some tracer rounds. It’s going to be a big event, and when you see me on the news, you’ll know who I am. You’re all going to die. Ah yeah, I can’t wait,'” Satz said. 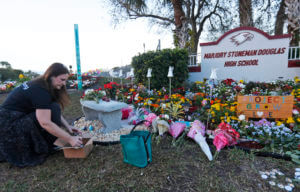 FILE – Suzanne Devine Clark, an art teacher at Deerfield Beach Elementary School, places painted stones at a memorial outside Marjory Stoneman Douglas High School during the one-year anniversary of the school shooting, Thursday, Feb. 14, 2019, in Parkland, Fla. The deadliest mass shooting in U.S. history ever to make it to trial is finally about to go before a jury. Opening statements are scheduled Monday, July 18, 2022, in Nikolas Cruz’s penalty trial. (AP Photo/Wilfredo Lee, File)

Among the first witnesses was Danielle Gilbert, a junior who was in psychology class when the shooting began. The teacher told students to get behind her desk.

“We were sitting like sitting ducks. We had no way to protect ourselves,” said Gilbert, who is now a student at the University of Central Florida.

The jury was then shown cellphone video Gilbert took inside the classroom. The footage began with a girl curled up beneath the teacher’s desk and others, including Gilbert, mostly unseen as they crouch behind it. About two dozen shots that seemed to be coming from just outside the door are heard in rapid succession as the fire alarm sounds. An unseen wounded boy cries out twice, “Someone help me.”

The gunshots get further away, but the students remain quiet and huddled, speaking only in whispers. Eventually, the voices of police officers can be heard approaching. The teacher stands up, holding her head.

SWAT officers, carrying rifles, then burst in, wanting to know if anyone is hurt. The students point and Gilbert stands up with her camera. A wounded boy and girl are carried out. A dead girl lies in a pool of blood. The officers tell the students to run out. They passed two more bodies lying in the hallway before exiting into a parking lot.

Her testimony over, Gilbert broke down in sobs. Her father put his arm around her and led her from the courtroom.

Prosecutors also presented cellphone video from another student that showed classmates crouching behind chairs as Cruz fired through the classroom door window, the bangs reverberating over screams.

From the back of the courtroom, a relative of a girl who died in that classroom yelled for prosecutors to turn it off before bailiffs asked the woman to be quiet. The defense requested a mistrial over the outburst, but it was denied.

The seven-man, five-woman jury is backed up by 10 alternates. It is the nation’s deadliest mass shooting to go before a jury.

Nine other gunmen who killed at least 17 people died during or immediately after their shootings, either by suicide or police gunfire. The suspect in the 2019 slaying of 23 people at a Walmart in El Paso, Texas, is awaiting trial.

It wasn’t clear if anyone was in the courtroom to support Cruz, who sat at the defense table between his attorneys. During Satz’s opening statement, he mostly looked down at a pad of paper with a pencil in his hand, but he did not appear to write. He would sometimes look up to stare at Satz or the jury, peer at the audience or whisper to his lawyers.

After Satz spoke, Cruz’s lawyers announced that they would not give their opening statement until it is time to present their case weeks from now. That is a rare and risky strategy because it gives Satz the only say before jurors examine grisly evidence and hear testimony from survivors and the victims’ parents and spouses.

When lead defender Melisa McNeill gives her statement, she will likely emphasize that Cruz is a young adult with lifelong emotional and psychological problems who allegedly suffered from fetal alcohol syndrome and abuse.

It’s the first death penalty trial for Circuit Judge Elizabeth Scherer. When jurors eventually get the case in the fall, they will vote 17 times, once for each of the victims, on whether to recommend capital punishment.

Every vote must be unanimous. A non-unanimous vote for any one of the victims means Cruz’s sentence for that person would be life in prison. The jurors are told that to vote for the death penalty, the aggravating circumstances presented by the prosecution for the victim in question must, in their judgment, outweigh mitigating factors presented by the defense.

Regardless of the evidence, any juror can vote for life in prison out of mercy. During jury selection, the panelists said under oath that they are capable of voting for either sentence. 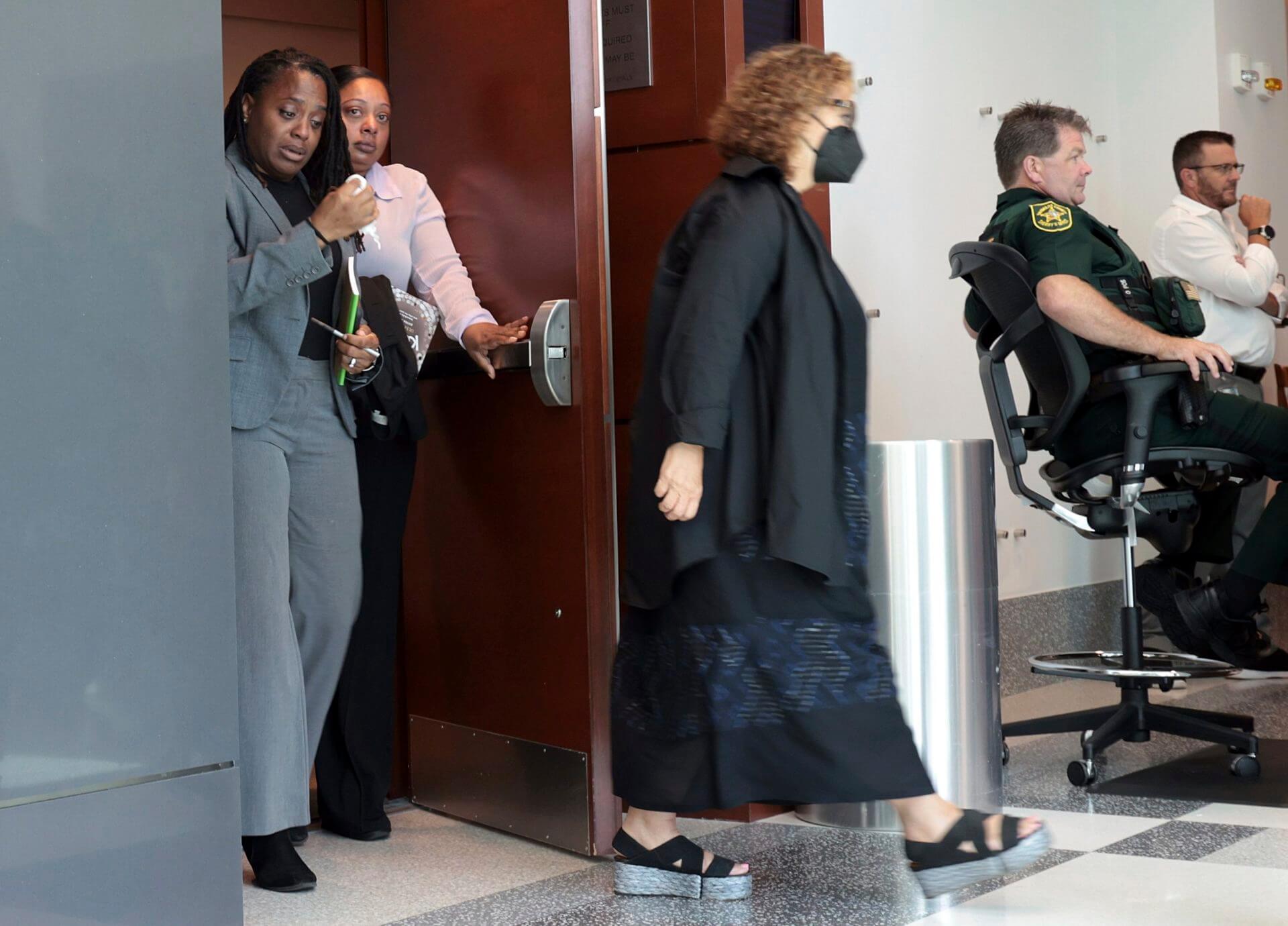