PERU, Ind. (WRTV) — A Miami County, Indiana judge has officially dismissed five charges against Kegan Kline, a man supposedly linked to social media profiles connected to the investigation of the murders of Abby Williams and Liberty German in Delphi. 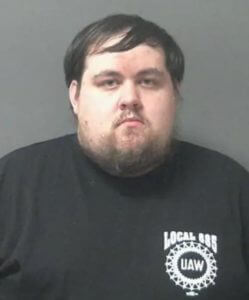 Prosecutors filed a motion on Wednesday asking that five counts of child pornography possession against Kline be dismissed on the basis that “there is insufficient evidence to prove said counts beyond a reasonable doubt at trial.”

Kline is charged with a total of 30 counts, including child exploitation, possession of child pornography, obstruction of justice and others, all stemming from an investigation into the social media profile “anthony_shots”, which is part of the larger Delphi murder investigation.

Kline was arrested in August 2020.

READ MORE: What we know about the Delphi murders suspect Richard Allen

Allen has been charged with two counts of murder. He is being held without bond ahead of a jury trial scheduled for March 24, 2023.

This story was originally published Nov. 7, 2022 by WRTV in Indianapolis, an E.W. Scripps Company.