TOLEDO, Ohio (Court TV) — An Ohio man who specialized in the dead now faces the biggest trial yet against him, years after accusations he was faking his funeral credentials and filching funds.

He attracted grieving families with his competitively low prices. However, it’s his alleged advertisement to families as a funeral professional that prompted investigations by the state board, local police and the Ohio Attorney General’s office.

Hardin faces two merged cases in a Lucas County, Ohio courtroom. The most recent case, a 7-count indictment in December 2021, includes charges related to the handling of Lenise Lee and Charles Weatherspoon’s bodies. Prosecutors allege Hardin misrepresented himself as able to do funeral directing services and recklessly handled Weatherspoon’s corpse.

The December 2021 indictment also lists three counts related to Asia Luckey, accusing Hardin of intimidating her, illegally taking out a rental car in her name, and racking up a $4,900 bill.

Two months earlier in October, a Lucas County grand jury indicted Hardin on 37 counts—among those eight counts of abuse of a corpse, five counts of writing bad checks, five counts of failure to file taxes, and one failure to refrigerate a human body.

While the cases were pending against Hardin, an “urban explorer” made a shocking discovery in Akron connected to the defendant. Cremated remains belonging to nearly 90 people from the Greater Faith Missionary Baptist Church were found in plastic bags and boxes. Hardin was operating the abandoned church at the time, and claimed the remains were inherited from a now-deceased funeral director. Hardin’s trial in Lucas County does not include charges from Summit County (Akron).

After his December 2001 indictment, state troopers pulled over Hardin’s SUV and placed him under arrest. His bond was reportedly set at $250,000, with conditions of GPS monitoring upon release.

Shawnte Hardin has opted for a bench trial, which means a judge will decide if he is guilty of the crimes charged. 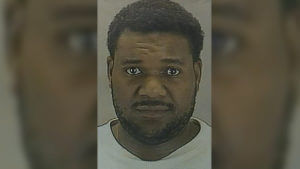